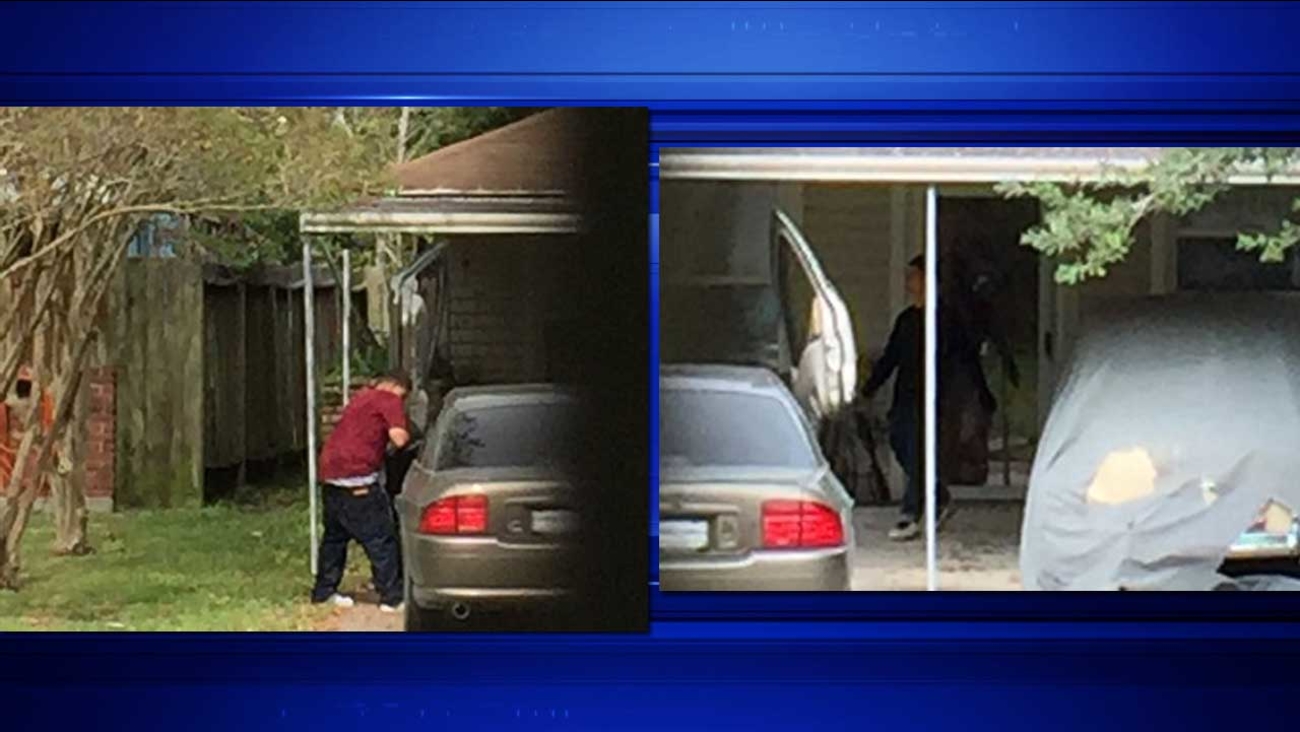 HOUSTON (KTRK) -- Crime Stoppers and the Houston Police Department are asking for the public's help in identifying two suspects responsible for the burglary of a southeast Houston home not open for the public.

According to investigators, a home in the 10100 block of Elmhurst Street was burglarized around 12:15pm on November 16.

A neighbor was able to spot the getaway vehicle and captured photographs and a short video of the burglary. A shotgun was stolen, two televisions were moved by the suspects and the rear door of the house was kicked-in, police said.

The suspects were photographed loading the shotgun into a gray 4-door sedan, possibly a Lincoln, with aftermarket upward-opening driver and front passenger doors. The vehicle had dark tinted windows and it is believed the license plate was a paper tag.

The suspects are facing charges of burglary of a habitation.