Man accused of repeatedly stealing couple's car and returning it 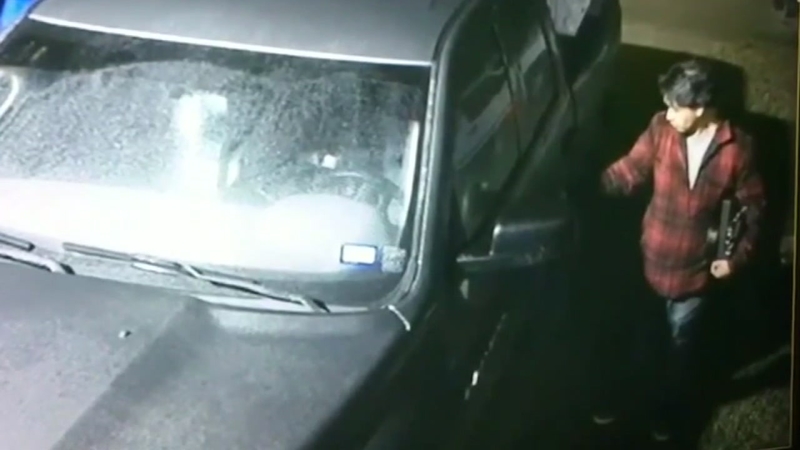 Man accused of stealing couple's car and returning it

HOUSTON, Texas (KTRK) -- A man is accused of stealing an elderly couple's car in the middle of the night - while they were asleep - and returning it before they woke up.

Police said the man used the couple's van as a getaway car in other vehicle break-ins.

Beverly Havard, who lived in the Pinehurst neighborhood for 40 years, said she misplaced her spare key and started noticing changes with her vehicle.

"The seat was pulled back and the mirrors were adjusted," Beverly said.

She said she started tracking her vehicle's mileage, which was also changing.

"I said, 'Somebody's driving my car and bringing it back. I know I'm not crazy,' Beverly said.

Friday night, authorities arrested Michael Armando Lopez after they caught him in the Harvard's car.

Deputies said when they tried to stop him, he sped off and crashed into a pole.

Now, the Harvard's are left without a vehicle, which was specially designed for Beverly's disabled husband, Rick.

"I had to cancel his doctor's appointment," she said. "I hope he's satisfied that he took advantage of an elderly person that's very sick and that can't be transported to go anywhere."

Deputies say taking the car isn't the only crime Lopez committed. Surveillance video captured, a man, who investigators believe to be Lopez, rummaging through cars in the couple's neighborhood.

Deputies told ABC13 Eyewitness News that during the several nights Lopez took the Harvard's van he burglarized other people's cars.