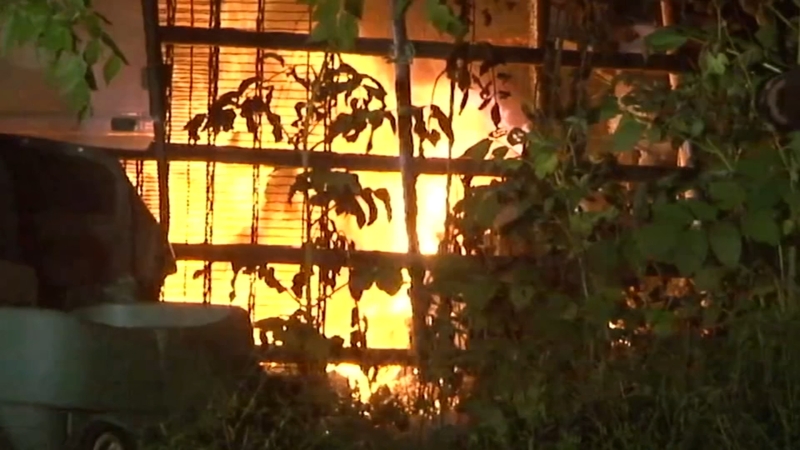 Houston firefighters were called to the location for what was initially believed to be a trash fire and found a small travel trailer on fire in the back of the property.

The woman's body was found after the fire was extinguished, investigators said.

The victim was believed to have been homeless, according to Houston Fire Department officials. Someone was letting her stay in the trailer to get out of the cold.

Arson investigators were looking into the fire's cause. It wasn't yet known if the woman's death was caused by the fire.

Authorities are looking for information about the victim's identity. She is described as a Black female, approximately 6 feet tall, 170 pounds and had a piercing in her chin. She was known to wear a red baseball cap, authorities said.