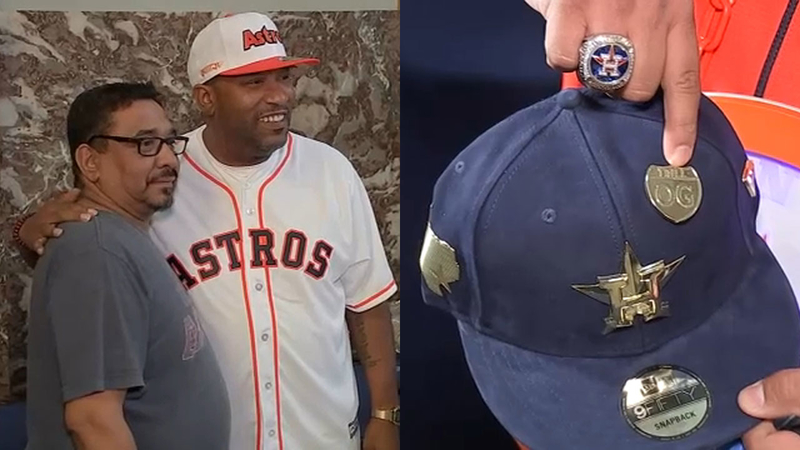 HOUSTON, Texas (KTRK) -- Eager Houston Astros fans waited for much of Thursday morning to get their hands on some rare merchandise.

The 'Stros and rapper Bun B collaborated on three new baseball caps that went on sale Thursday.

The sale was set to begin at 1 p.m., but fans at the front of a line waited since 8 a.m. to get in on the Bun B designs. For their efforts, though, fans got every hat available.

Fittingly, there were 713 of the white-orange and navy-gold bill hats available for the release.

Those were both being sold in snapback and fitted styles. A snapback was $35 while a fitted was valued at $45.

A rarer navy suede cap with a solid gold H was being offered, but only 150 hats in that style were available. This hat also had the words "Trill OG," a reference to Bun B, in gold to match the H.

According to the prices listed on Bun B's Instagram page, the rare cap had a $281 price tag

People lined up for hours to get their hands on @BunBTrillOG’s limited edition @astros hats today. 713 orange|white and blue|gold versions were made. 🧡 There’s only 150 of the blue suede, which cost $281 in honor of one of Houston’s area codes. 🤘🏽 pic.twitter.com/wj5aFBUK6g

In the past, Bun B, whose real name is Bernard Freeman, has represented not only for the 'Stros, but for the Rockets and Texans.

His fandom may have rubbed others the wrong way, but he's stayed true to the teams he loves.

ABC13's Erica Simon met with the eager Astros fans who lined up since early morning to get the new Bun B hats.

"Popeye's and Chick-fil-A can't touch this!" said the Houston rapper, who teamed up with Antone's Famous Po' Boys to create their own sandwich.