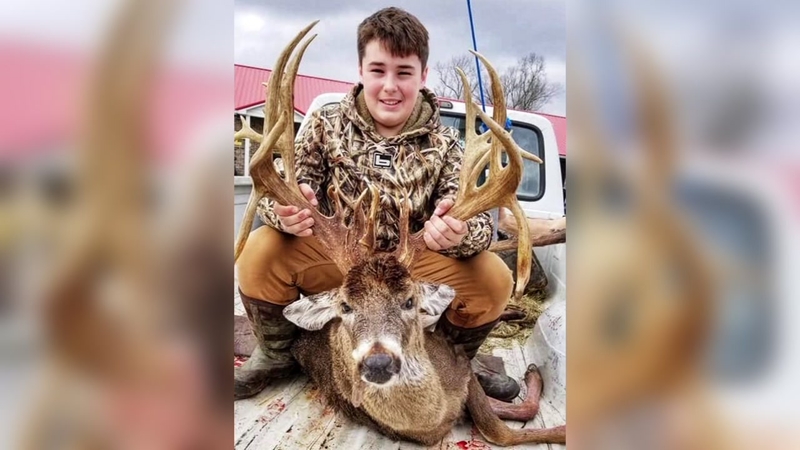 BENTON COUNTY, N.C. -- A 13-year-old Tennessee boy is being praised by hunters on Facebook after he took down a 27-point buck.

Bo, 13, told the Tennessee Wildlife Resources Agency (TWRA) that he woke up on Dec. 28 wanting to go squirrel hunting but hunted some bigger game instead.

He said a friend called and asked if he wanted to shoot a buck she saw behind her house.

Happy to oblige, Bo headed over with his gun in hand.

When he arrived, they found the deer by the creek but it was bigger than he expected.

It's deer season! Dad's excuse for pulling daughter out of school goes viral

Suddenly, the buck looked at Bo, who got rattled before firing his gun several times.

Bo said the hunt was "crazy."