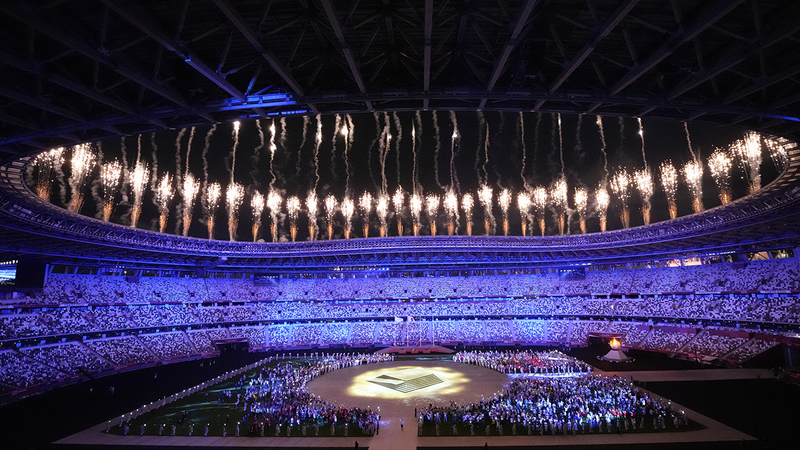 MISSOURI CITY, Texas -- Members of the Missouri City community gathered in the plaza outside the Community Center on Aug. 21 to recognize Tokyo Olympics medalist Bryce Deadmon.

Video above is from the Tokyo Olympic Games closing ceremony.

"I would like to thank all of you for even coming out to support me. I really don't think y'all understand how much that means to me, getting so much love and support throughout this entire process," Deadmon said. "I believe what's to celebrate isn't these medals or what I've accomplished, but what I've been through and how I've overcome it."

"We are Missouri City proud," Mayor Robin Elackatt said as chants of 'U-S-A' broke out among the crowd.

Bryce's mother, Nekita Deadmon, said she was proud of her son and encouraged young people to accomplish their dreams.

"Have the audacity to dream big," Nekita said. "Don't dream small because if Bryce dreamed small, he wouldn't have those medals."