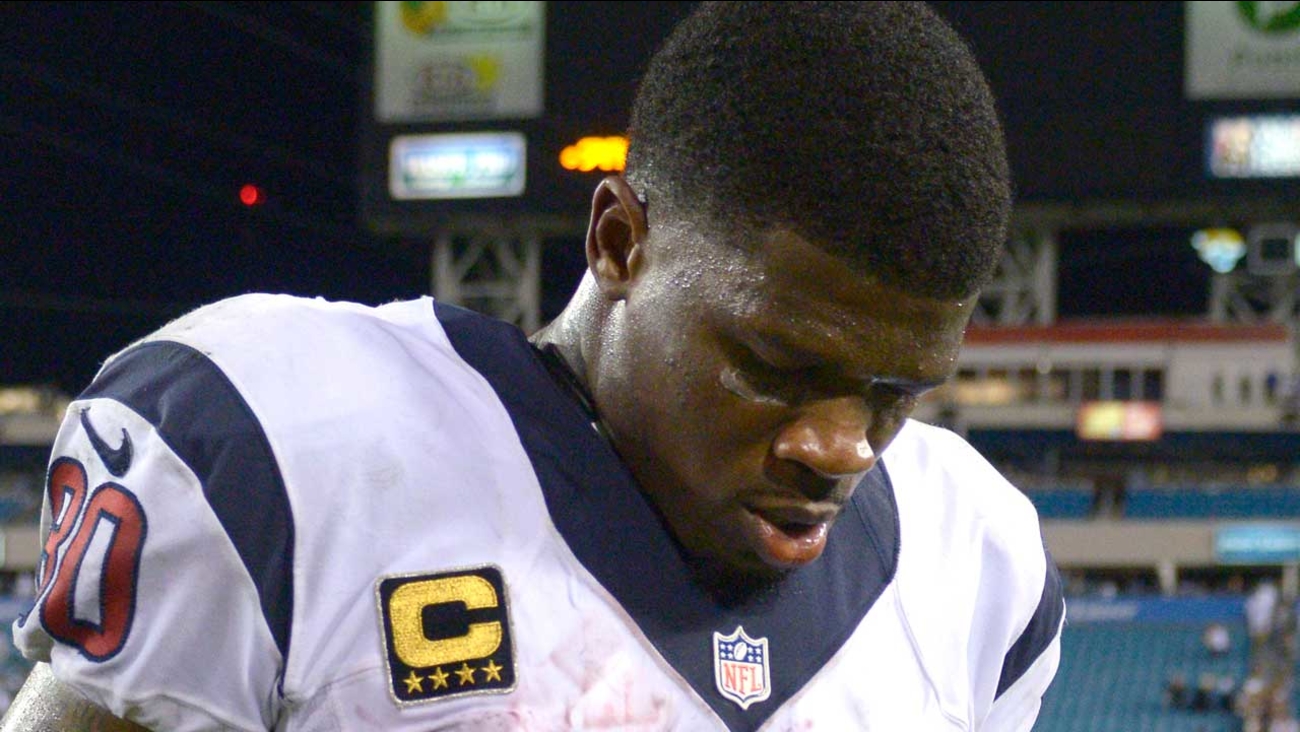 HOUSTON (KTRK) -- There was lots happening Tuesday in the NFL and with the Texans.

Former Texan Andre Johnson begins his search for a new home. Johnson was expected to travel to Indianapolis where he'll talk with colts officials, along with his former teammate at the University of Miami, running back Frank Gore.

Many believe Johnson and Gore will reunite in Indianapolis to provide Andrew Luck with more weapons as the Colts try to track down a Super Bowl title.

Linebacker Brooks Reed is apparently also on his way out of town. According to ESPN, Reed will sign a 5-year contract with the Falcons for $22 million.

As far as Texans who are staying in town, Ryan Mallett signed a contract that keeps him with the Texans. It's been reported at 2 years and $7 million.

Mallett understands he'll have to compete to be the starting quarterback here. And he told us Tuesday his rehab from the season ending muscle tear has gone well.

This is a good deal for both sides. After just two NFL starts, Mallett gets the chance to prove himself in a system he knows well. And the Texans won't pay big money until Mallett performs.

"Our football team is based on competition," said Mallett. "I don't think the quarterback position should be treated any differently. So I can't wait to get out here with the guys and go to work and you know, get going."

And, according to ESPN's Adam Schefter, the Texans traded QB Case Keenum back to the St. Louis Rams for a 7th-round pick in 2016, per league sources.