Brock Osweiler retires: A look back at his 364 days in Houston 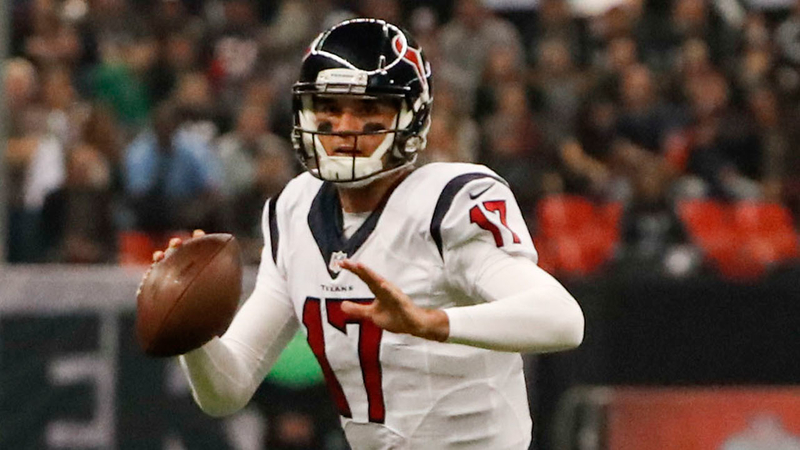 Osweiler's not-so-great 364 days as a Texan

HOUSTON, Texas (KTRK) -- Brock Osweiler, the NFL quarterback who was signed to one of the most lucrative deals in Houston Texans history, has retired.

The former second-round draft pick told KUSA in Denver that he's calling it quits. He has not played football in the current season.

Osweiler, who was last a member of the Miami Dolphins, spent 364 days as a Texan. He signed with the team on Thursday, March 10, 2016.

The #Texans future has arrived pic.twitter.com/R3Qqs3wAeu

At the time, the Texans organization tweeted that this class of new players "gave the Texans a chance to take the next step."

Then-general manager Rick Smith said they hadn't had stability at quarterback and "now we do."

Bob McNair: This is a day we got a lot better. #Texans

Osweiler's four-year, $72 million deal was one of the biggest moves in the NFL after the 2015 season, making him one of the league's highest-paid players.

He came to Houston with high hopes, but went downhill early.

By October, fans started a GoFundMe to oust him. Rolling Stone called him football's "biggest bust" of 2016.

In December, Osweiler was benched.

At the time, Houston was 8-6 and tied for the lead in the AFC South.

Tom Savage became the number one as the Texans forged forward to the postseason.

But not before more QB drama: Savage suffered a concussion in the Week 17 loss to the Titans, welcoming Osweiler back on the field.

Fast forward to January, where Osweiller looked a lot like that $72 million player in a wild card round win over the Raiders. It was the first playoff win since 2012.

Osweiler and the Texans would fall the following round to the Patriots. He ended his Texans career with three interceptions.

Nearly two months later, the team sent him off to the Cleveland Browns, where he never played a snap. He went on to return to the Broncos and later to Miami.