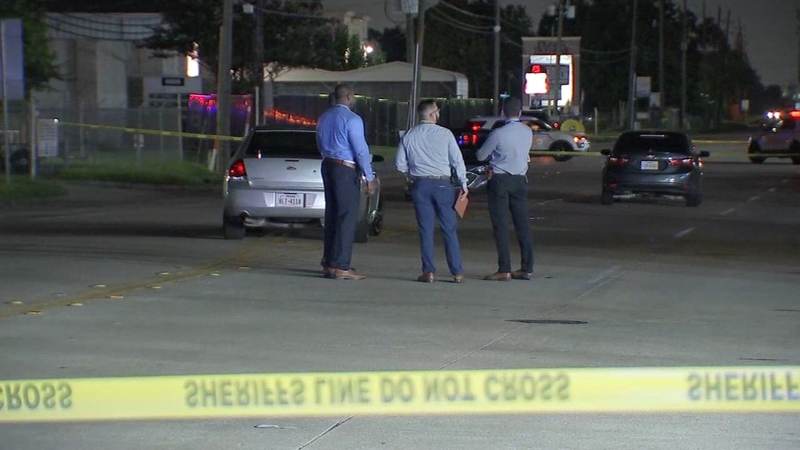 HARRIS COUNTY, Texas (KTRK) -- Two people were shot to death Saturday night during a fight at a northwest Harris County barbecue gathering outside a business.

It happened around 8:45 p.m. in the 6600 block of Brittmore Road near West Little York.

Deputies were initially called to a disturbance involving weapons at a small strip center parking lot when they found two men with gunshot wounds, according to the Harris County Sheriff's Office.

Witnesses told investigators a large crowd of approximately 30 people had gathered in the parking lot, but they ran away when the shooting started.

One of the men involved died at the scene. The other victim was flown to Memorial Hermann Hospital where they were pronounced dead on arrival.

Detectives said they were having trouble finding witnesses because the crowd fled.

There was no word on the identities of the victims, but were both believed to be in their early 20s.