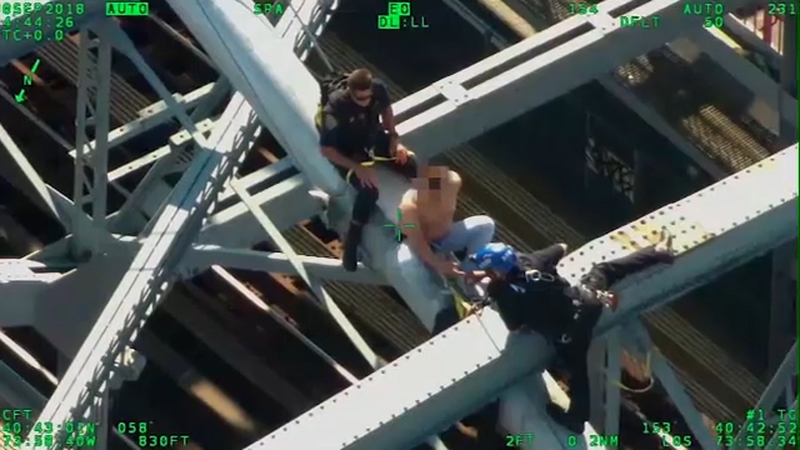 NEW YORK -- A man climbed up onto the span of the Williamsburg Bridge and threatened to jump, setting the stage for a tense standoff.

It started around 9:15 a.m. after a man had mounted part of the bridge on the Manhattan side.

A group of NYPD officers from the Emergency Services Unit responded. Detective Thomas Longa first talked with the man, who was threatening to kill himself by jumping off the bridge.

"I tried establish a rapport with him and he mentioned nothing going on in his life, and would be worth ending it," said Detective Longa.

Down below, other officers made sure proper rigging was in place and everyone on the team was safe.

The officers rely on their extensive training, at first listening much more than talking.

After about 75 minutes, the man trusted the officers enough that he came down.

"He was able to recognize he was going to get help. He was very thankful," added Longa.

All three officers who were there have carried out similar rescues - in fact, one was front and center on the Fourth of July when a 44-year-old woman scaled the Statue of Liberty.

Jim Dolan has the latest developments after a woman climbed the Statue of Liberty, prompting an evacuation of Liberty Island.

"I was standing on the pedestal hanging onto a vent, tied in - so set up a little differently," said Detective Christopher Williams.