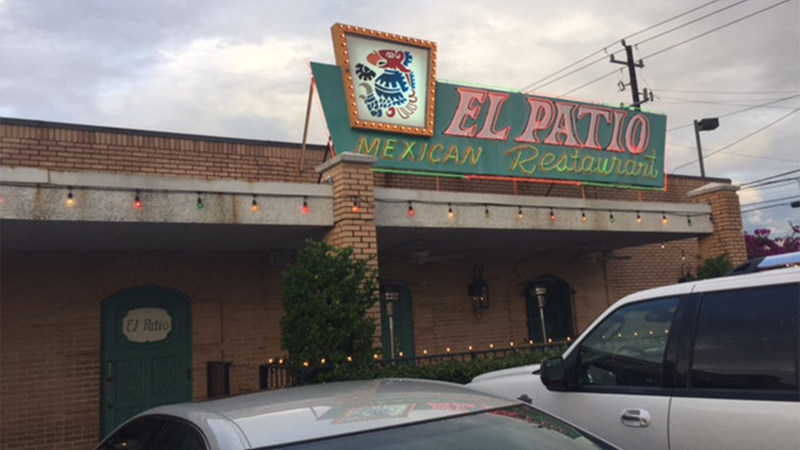 HOUSTON (KTRK) -- A restaurant that's been around 50 years is giving 20 percent of its sales today to help the Houston Milk Bank, which provides breast milk to children. It's what led to that charitable action that's a story in itself.

Last week, a new mom and her infant were at the restaurant. Before she was about to leave on a long drive, her baby needed to be fed. The mom went into a restroom to breastfeed. While she was in there, a woman came in, and criticized her for trying to feed her child in a bathroom.

The mom and child then went to a patio. The woman followed, voicing more objections. The woman left in tears.

"She thought the woman was an employee," said Sara Jackson, whose communication firm represents El Patio. "She was not -- she was a customer. We're a family-friendly restaurant, and what she did to the mom isn't part of our values."

By then, the mom's version of the event had been told to a friend, who in turn posted it on Facebook. A national breastfeeding group picked it up, and more than a quarter million views were generated. El Patio began getting comments and phone calls.

The restaurant investigated the chain of events, and examined security video, which showed the customer in question walking into the restroom, then out to the patio.

Friday, a group of local moms told El Patio they would be holding a sit-in at the restaurant to protest the incident. Jackson says that when the evidence was detailed to the organizer, the protest was called off, because the restaurant was being "unfairly targeted."

It shows the downside to social media, where allegations can sometimes go unchecked and unchallenged. The national group which Jackson says made the story go viral took down its post, but has yet to issue a retraction.

"Facebook and social media definitely hurt this business's reputation and it was unwarranted. Once something like that has gone viral it's hard to fix or make go away," said Jackson.

Despite that, El Patio is turning a negative into a positive, for itself by raising money for the Mothers Milk Bank. A "feed-in" was held this afternoon, and 20 per cent of all sales, including drinks, will be given to the charity. Considering El Patio is expecting a big crowd for the Texans/Patriots game on TV at the restaurant, that could be a generous donation.