17 people charged after brawl at Sikh temple in Indiana 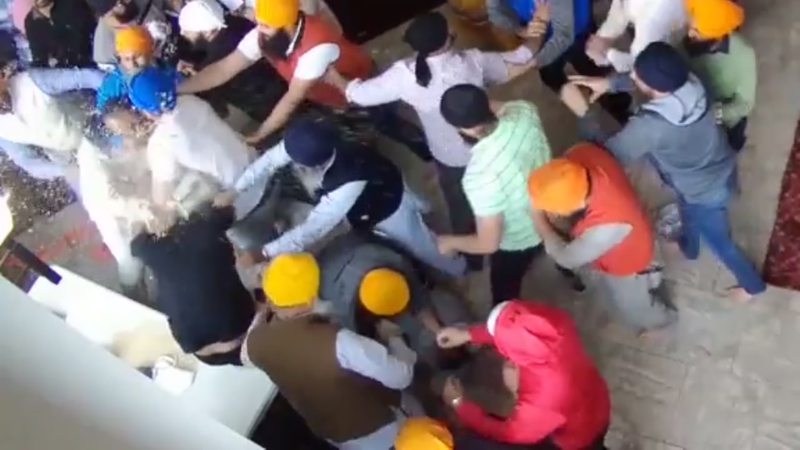 GREENWOOD, Indiana -- Authorities say 17 people are now facing charges after a massive brawl at the Sikh Temple in Greenwood.

"Everyone feels relieved, and it brings the trust back into the system that something finally did happen," temple member Sukhjinder Mahal said.

The Johnson County prosecutor has filed charges against the 17 people believed to be the instigators in the fight that left several people injured.

"Whether this took place in a temple, or a Walmart or anywhere else. If you're going to engage in this kind of conduct in the public, then you should expect to be charged with a crime," prosecutor Brad Cooper said.

The charges came about two months after the brawl. Cooper said he was waiting for everyone involved in the fight to be identified through surveillance video.

He said the process was stalled until a meeting was held with the victims and the temple leaders who could identify the people in the video.

Fifteen people were charged with disorderly conduct, and two others, including the man accused of pepper spraying a 13-year-old girl in the face, are facing battery charges.

Mahal says his sister is still recovering from the pepper spray attack.

"We really do feel relieved and secure again that the people that took an unjust action are getting the proper consequences," Mahal said.

Temple leaders say the filing of these charges will send the right message that aggressive acts of violence won't be tolerated in their place of worship.

"This is a loud and clear message, not only to the Sikh community, to the whole community here that this should not happen again," Gurinder Singh Khalsa said.

The judge will be reviewing the cases before scheduling court dates.