Deputies name teen suspect in shooting of 2 kids in Spring 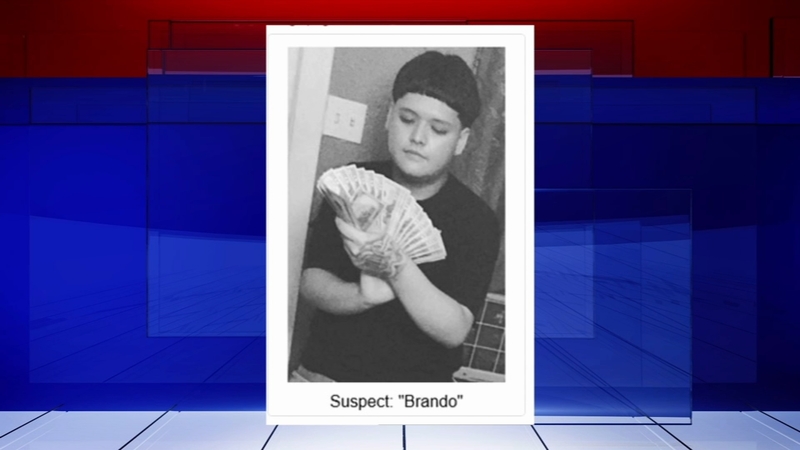 SPRING, Texas (KTRK) -- Authorities have put a name and a face to a teenager they believe shot a child during a holdup and wounded another who was hit during a drive-by shooting in separate incidents.

On July 15 around 4 a.m., deputies say four Hispanic male suspects robbed one victim and shot another in the 2300 block of Birnam Wood Boulevard.

During the shooting, deputies say the suspects approached the victims, one of which was a child, in a black Chevrolet Impala.

HCSO says one suspect, known as "Brando," approached the victims and robbed them at gunpoint.

Brando then shot the child victim before fleeing the scene in the Impala, deputies say.

Additionally, Brando is believed to be connected to a second shooting that injured another child. Authorities told ABC13 at the time, a drive-by shooting injured a 10-year-old who was playing video games on that same day. The second shooting happened in the same area.

Deputies believe the boy was the victim of a drive-by shooting and that no one inside the home had anything to do with it.