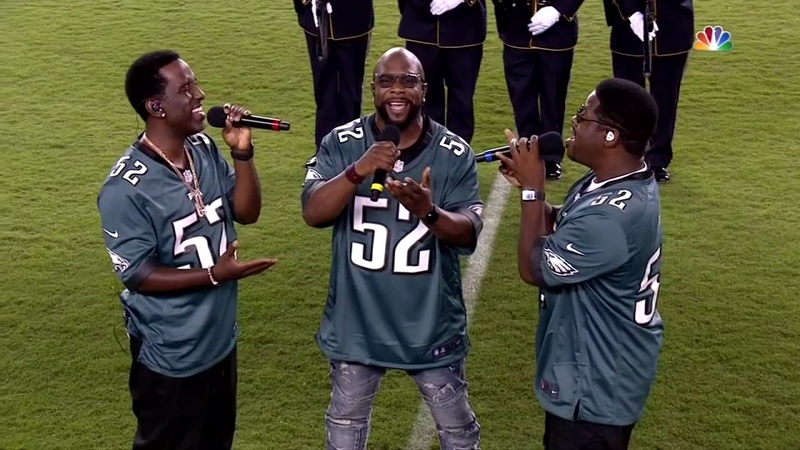 PHILADELPHIA, Pennsylvania -- The national anthem was at the center of attention during the Atlanta Falcons - Philadelphia Eagles game Thursday night, but not because of the protests.

It was Boyz II Men's soulful rendition of the song that left the internet swooning.

The remaining members of the group, Nathan Morris, Wanya Morris and Shawn Stockman, crooned as only they could, weaving in graceful harmonies and musical runs that left some fans feeling like the national anthem was a slow jam.

Another said, "Boyz II Men singing this makes the anthem sound like a Christmas carol."

Indeed, their version sounded like it could rival the group's actual Grammy-nominated hit "Let It Snow."

And maybe the internet could use some snow to help it cool down from the heat Boyz II Men brought Thursday night.

Many fans say the trio (fourth member Michael McCary left in 2003) still has it -- or maybe it never left.