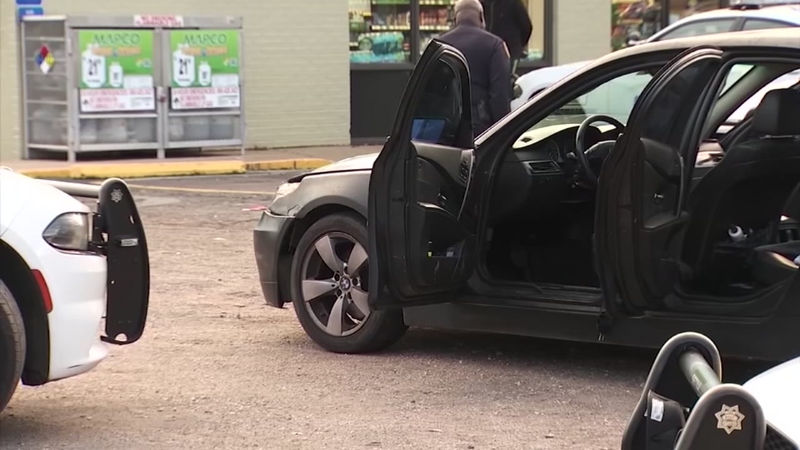 MEMPHIS, Tennessee -- The family of a 3-year-old boy is spending Christmas at a hospital after he was shot in a believed road rage incident.

Investigators have not released details on any suspects in the case, which began with a Christmas Eve ride between the boy and his father.

The victim told police someone in a gold Jetta pulled up next to his vehicle and opened fire, striking the little boy in the neck.

The child was rushed to the hospital for surgery, WHBQ reports.

Colin Wren, the boy's uncle, said the family does not know who the shooter is or why they picked their car.

"My nephew's life is on the line," Wren said. "If they had any issues toward anybody, you should have went and talked to that man, not a child, not a child, but nowadays in the society we living in, anything goes."

Memphis police said they believe this is a road rage incident because the victim's family did not know the shooter.

Cary Jones, the victim's neighbor, was shaken by the news.

"This is outrageous for a 3-year-old, and I got two in the car with me," Jones said. "We could be passing and get hit the same way, just out the blue."

Jones said the incident has left her angry, saying it is a shame someone would try to hurt a child.

"If you see children in the car, why you going to shoot at the car? So therefore, you don't care nothing about the child."
Report a correction or typo
Related topics:
tennesseeu.s. & worldchild shotroad rage
TOP STORIES
3 officers shot near downtown Houston, police say
Man arrested in corporal's murder is 25-year fugitive, officials say
Deputies escort body of fallen HCSO Sgt. to funeral home
Another cold front passes through tonight
Biden confirms he will nominate first Black woman to SCOTUS
Toddler credited with saving family of 7 from devastating house fire
K9 stabbing suspect accused of killing father with dumbbell
Show More
Amy Schneider's 'Jeopardy!' accomplishments reach past podium
Armed driver was trying to rob another driver on Katy Fwy, police say
These jobs are hiring, and they pay more than $14 an hour
No bond granted for suspect in Pct. 5 corporal ambush killing
Bodycam video released in crash that killed 75-year-old
More TOP STORIES News