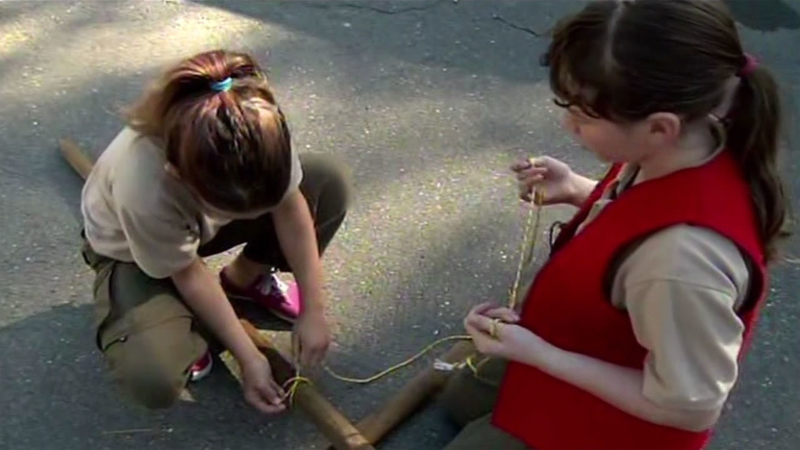 SANTA ROSA, CA -- The Boy Scouts of America recently changed its policy on gay troop leaders, now that organization faces another controversy, a ban on girls. A group of girls in Santa Rosa wants to formally join the local troop, and say they will fight on to be one of the boys.

Allie Westover is a fit and active young lady who loves the outdoors. Until recently, she was part of a Boy Scout's program in Santa Rosa called learning for life which allowed the girls to do the same things as the boys in the troop.

That, after a parent complained.

"Oh my gosh, the girls doing Cub Scouts and Boy scouts activities, so with that they complained to the national," said Danelle Jacobs, a parent.

The girls and their parents are expected to protest on Friday by handing in their applications to the local Boys Scouts Council.

The local council office in Santa Rosa was closed Wednesday because of Veterans Day, but a council member said there's nothing they can do because it's a national policy.

The Boys Scouts of America issued a statement: "We understand that the values and the lessons of scouting are attractive to the entire family. However, Cub Scouts and Boy Scouts are year-round programs for boys and young men."

"In every other country except the U.S. and Arab countries, Boy Scouts have gone coed," Jacobs said.

Why not join the Girls Scouts? They claim the Boys Scouts program is more robust.

"In Boy Scouts, I was jealous of what my brother got to do like things outside but we were just inside doing art badges and stuff," said Ella Jacobs, an aspiring scout.

"For me being a girl among the boys it was a place where I learned to work with just not people of my own gender, but people of the opposite gender who I am going to have to work with when I get into the real world," Westover said.