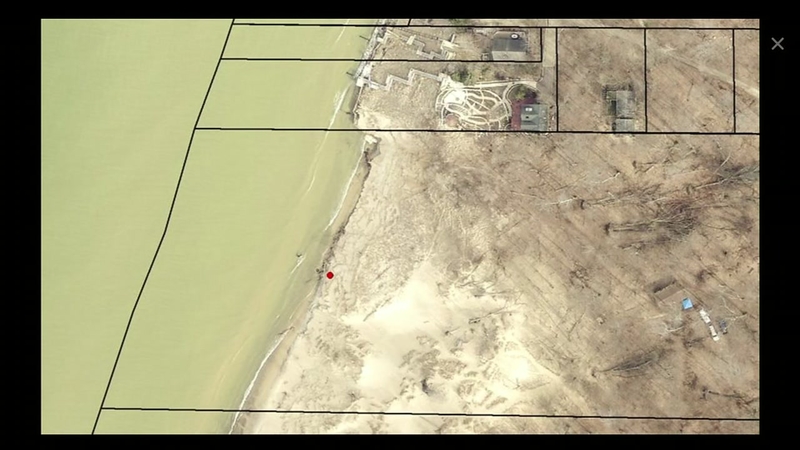 SOUTH HAVEN, Michigan -- Police say a 12-year-old Boy Scout has died after being buried by sand in southwestern Michigan.

South Haven police say Gage Wilson dug into the side of a sand dune Saturday and crawled into the small space. The sand collapsed. The incident occurred at a Van Buren County park near Lake Michigan.

Police say two boys who were with Gage didn't notice his disappearance for up to 30 minutes.

South Haven police and emergency medical personnel responded to a 911 call at 4:14 p.m. Saturday regarding a child buried in the sand near the waters' edge at a Scout camp just north of Van Buren State Park, police said in a statement.

Scout leaders were performing CPR on the boy when police arrived at the scene on the shore of Lake Michigan, authorities said, adding that he was taken to a hospital.

"The early resuscitation efforts were able to establish a pulse in the victim," South Haven police said in a statement. "Efforts were then made through difficult terrain including dunes, trails, and water to transport the victim to a waiting ambulance.
"The victim was flown to a Kalamazoo area hospital where he later died as a result of injuries sustained."

"This is a very difficult time for our Scouting family," executive-CEO Don Shepard of the Michigan Crossroads Council, Boy Scouts of America, said in a statement. "We are sad to confirm the death of one of our youth members following an accident at a Scouting event."

The boy was from Portage, near Kalamazoo.

"We offer our deepest condolences to the victim and his family, and we will support them in any way that we can," according to the Scout statement. "Please join us in keeping all those affected in your thoughts and prayers."

The Associated Press and ABC News contributed to this report.
Report a correction or typo
Related topics:
michigankansascampingchild deathu.s. & worldboy scoutsaccident
TOP STORIES
Daylight shows home destroyed after standoff with shooting suspect
What we know about man accused of shooting 3 HPD officers
Suspect arrested after 30-minute chase ends on I-45 in Texas City
Clouds clearing today, sunny through the weekend with rain next week
5 people charged in connection with Pct. 5 corporal's murder
How many times can I reuse my N95 mask?
Decades after TV anchor disappears, convicted rapist denies connection
Show More
Driver dies after slamming into 18-wheeler's trailer on US-59
Woman shot in the shoulder during robbery set up in SW Houston
Prepare for a major closure at I-69 and 610 West Loop this weekend
Officers escort body of corporal killed in ambush to funeral home
ABC13 obtains HPD scanner traffic of chase that led to shootout
More TOP STORIES News