It's a boy! Orangutan born at National Zoo, 1st in 25 years 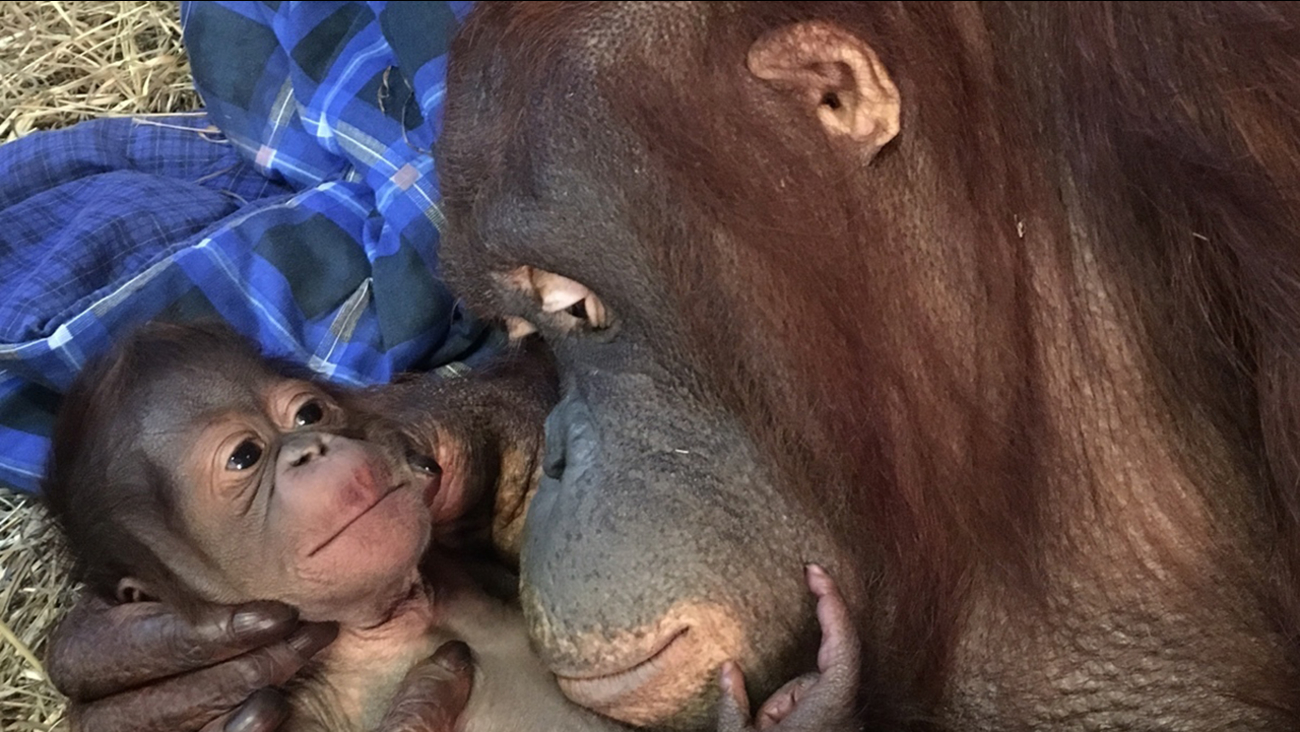 WASHINGTON -- National Zoo officials are celebrating the birth of a Bornean orangutan, the first at the zoo in 25 years.

Officials said in a statement Tuesday that 19-year-old Batang gave birth to a son Monday. Staffers are cautiously optimistic that the new member of the critically endangered species will thrive. They have seen Batang nursing the infant, who has been clinging to his mother.

Officials say Batang and Kyle, also 19, bred this winter, following a breeding recommendation from the Association of Zoos and Aquariums.

Staffers have been preparing Batang for motherhood over the last three years. Two other females were trained to act as surrogates in case Batang couldn't or wouldn't care for her infant.

The International Union for Conservation of Nature lists Bornean and Sumatran orangutans as critically endangered.
Related topics:
zoou.s. & worldmonkey
Copyright © 2022 by The Associated Press. All Rights Reserved.
TOP STORIES
Man arrested in corporal's murder is 25-year fugitive, officials say
Deputies escort body of fallen HCSO Sgt. to funeral home
Biden confirms he will nominate first Black woman to SCOTUS
Armed driver was trying to rob another driver on Katy Fwy, police say
These jobs are hiring, and they pay more than $14 an hour
Cool temps through the weekend with a warm-up next week
K9 stabbing suspect accused of killing father with dumbbell
Show More
No bond granted for suspect in Pct. 5 corporal ambush killing
Attorney of man questioned in dad's death wants him to seek help
HPD officer's bodycam video released in crash that killed 75-year-old
You could get paid to get your COVID vaccine or booster
World remembers Holocaust as antisemitism rises in pandemic
More TOP STORIES News