'Grounded until 2019:' 14-year-old who stole mom's BMW gets harsh punishment 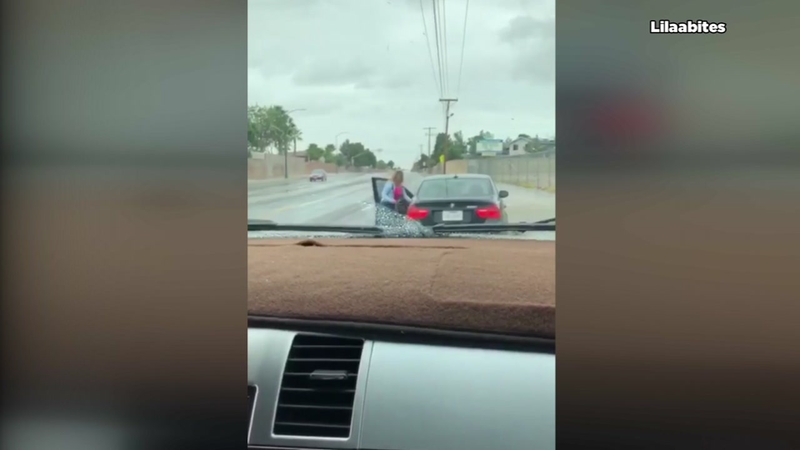 EL PASO, Texas (KTRK) -- When 14-year-old Aaron Martinez took his mom's BMW for a joyride on Friday, he probably didn't think the drive would end in a serious spanking in public and a viral moment.

The video, posted by his sister Liza Campero, immediately went viral on Twitter with over 40,000 retweets and more than 142,000 likes.

RELATED: Texas mom spanks teen son with her belt after he took off in her BMW

Eyewitness News spoke with Campero, who says despite the viral moment, her brother is actually in big trouble.

"I knew she was gonna do it. Once she said bring the belt, I was like 'Oh it's over, and now it's not just about her getting mad at him or anything like that. It's about her trying to make the statement of embarrassing him in front of his friends,'" Campero said.

She explained to ABC13 that her brother disconnected the WiFi in the house, which enabled him to kill the security cameras, and ultimately, stop his mom from seeing what he was up to.

She and her mother had to go out and look for the teen and his friend. When they finally caught up with them, the mother took out her belt and started spanking her son.

"The way my mom was in the video, the way she yells and stuff. She doesn't get that mad too often, but my mom is a really vocal mom. She's not scared to tell us what it is and how she feels," Campero said.

Campero says the stunt earned her brother a steep punishment. He's grounded until 2019 or until further notice. The Texas mom also took away the teen's electronic devices and removed the hinges off his door because she "wants to be able to see him at all times."

"All he gets to do is go to golf practice and go to high school. He comes home and does his homework and hangs out with my mom or his 3-year-old niece," Campero said.

WATCH: Liza Campero says her brother is in big trouble after joyriding in his mom's BMW