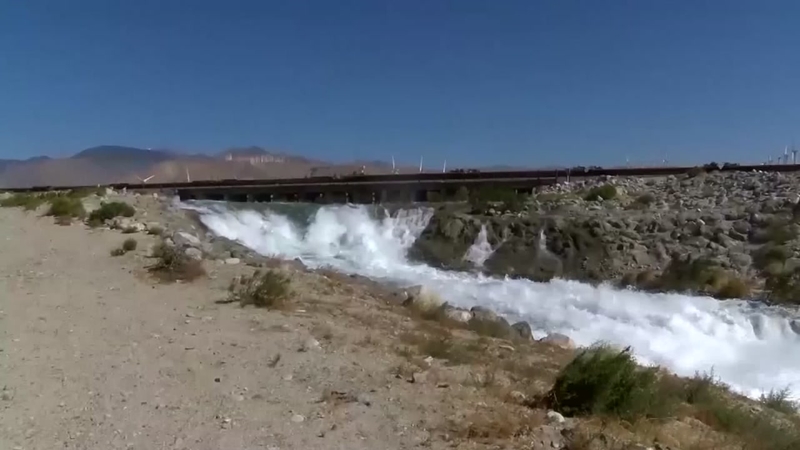 PALM SPRINGS, California -- A 10-year-old boy drowned after he fell into Whitewater River near Palm Springs, California on Monday.

Witnesses said the child's father jumped in to save him.


#Whitewater Update: a male juvenile was also located and transported to a local hospital in critical condition. At this time it appears all parties involved are accounted for. Press release will follow at a later time.

#Whitewater Update: with the assistance from @PalmSpringsPD, @CALFIRERRU, and Palm Springs Fire Dept., a deceased adult male was located

The son died after being transported to Desert Regional Medical.