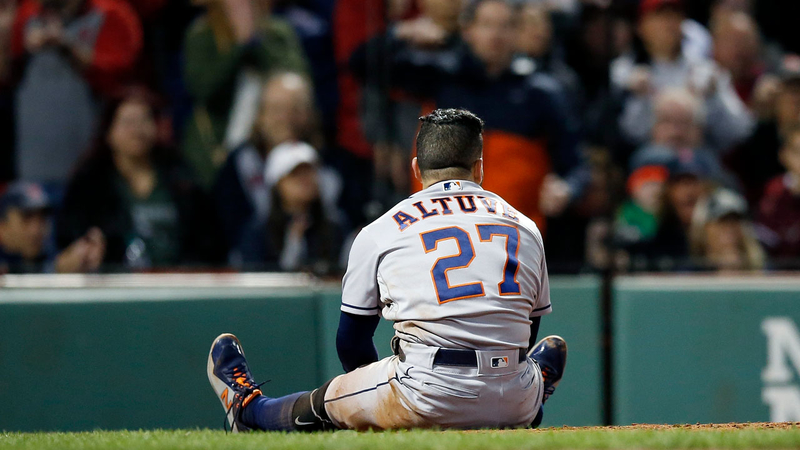 The Red Sox jumped out to a 5-1 lead in the fifth inning after J.D. Martinez blasted a 3-run home run off Dallas Keuchel.

Houston would rally to tie the game in the sixth inning with Jose Altuve igniting the Astros offense with a solo home run to left field.

But in the seventh inning, Altuve ran home on a ground ball and was ruled out by the home plate umpire.

The Red Sox eventually won on a walk off single by Mitch Mooreland.

After the game, Astros outfielder Josh Reddick tweeted his displeasure of the call with a screenshot that shows Altuve beating the tag at home plate.

Major League Baseball has yet to comment on the apparent missed call, and the MLB Replay's Twitter account has not posted a video of the challenged play.