THE ASTROS ARE COMING: It's time to let Boston fans know who's in town 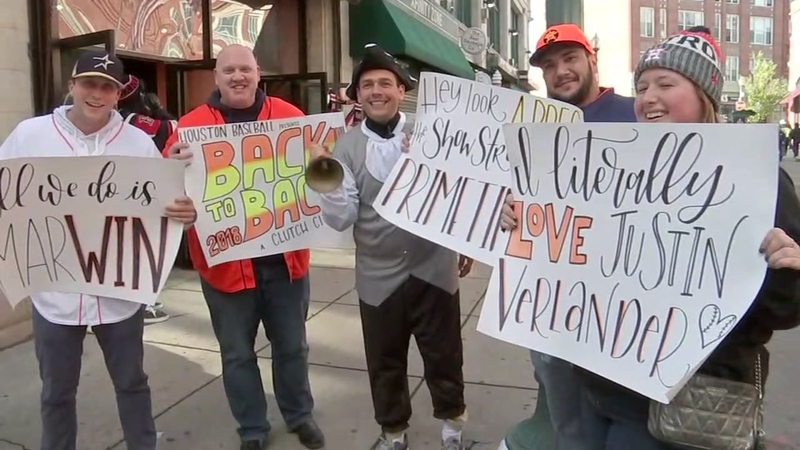 It's time to alert Boston of the Astros invasion

BOSTON, Massachusetts (KTRK) -- With the Astros traveling to Boston for the American League Championship Series, ABC13 Reporter Nick Natario made sure Red Sox fans knew it.

Ahead of Game 1, Natario channeled his inner Paul Revere and yelled, "The Astros are coming!"

Natario started at the Paul Revere House, then transitioned to Quincy Market, before finishing at Fenway Park.

This is the second year in a row Houston has invaded Boston in the postseason. No warnings helped last year, as the Astros eliminated the Red Sox in the American League Divisional Series.

Natario ran into many of them around the city on Saturday.

From the orange around the city, to Natario's shouts, it's safe to say Boston is aware who is in town.