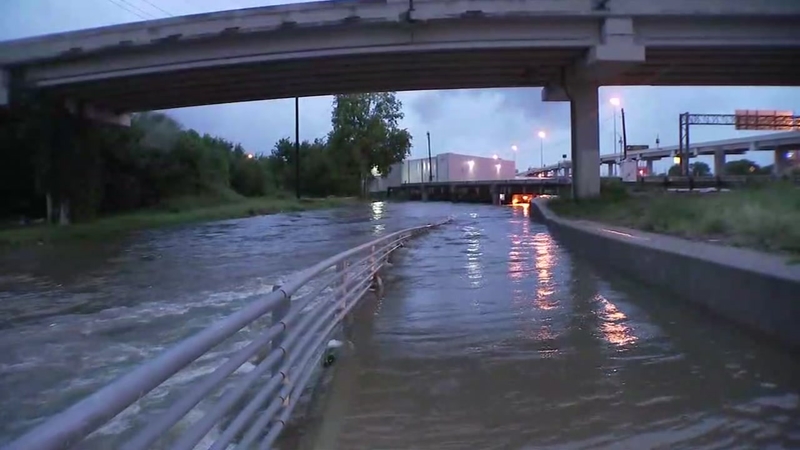 HOUSTON (KTRK) -- Work is already underway all across Harris County with the flood control district working hard to lessen the impact rising water has on southeast Texas.

The job is massive in scope: $2.5 billion worth of it to start, with a timeline that measures in years more than months.

"Everything we do is posted and we're going to have a flood control task force that oversees the spending of the bond, and so yeah," said Harris County Judge Ed Emmett, "It'll all be very public like this whole process has been."

After voters overwhelmingly approved a bond program on Saturday (with more than 85% voting yes), county commissioners wasted no time Tuesday, approving the first 14 of what will become hundreds of projects.

"We are starting with projects where we can make the most impact quickly," said the flood control district's director of operations Matthew Zeve, "They cover all areas of the county: north, south, east, and west."

The flood control district, which will administer the work, has already held and is planning more public meetings to gauge how those most affected by flooding see the needs in their communities.

"Probably can't address all of them," said Zeve, "But at least give the public some input and allow them to ask questions so they understand what's going to be going on in their neighborhood."
Judge Emmett characterized the effort as among the largest the county has ever undertaken.

"It's the top priority," he said Tuesday. "There's no question that people expect us to make this community resilient, they expect the next time the rains fall to see improvements. I just hope the rains don't fall heavily real soon because it is going to take a little while."

There are 237 projects the flood control district lists as part of the bond program. Thirty-eight of them were added because of direct community input, and they'll be looking for more of that as they work their way through the long, evolving list over the next ten to twelve years.

"We want to do them right and we have to look at the resources we have available, but we're ready and excited to go to work," said Russ Poppe, the flood control district's executive director. "Despite all these projects and all the work we do, I would still encourage people to have flood insurance because it's going to take us a while to implement this."

While $2.5 billion might seem incalculable, it's likely not enough to do everything the county needs for flood mitigation. It could take billions more. That's why the county is hopeful both the state and the federal government will step in with additional funding to widen the scope of the work that needs to happen for the county's future development and health.

"We're fighting nature and it's going to be a tough fight," said County Commissioner Steve Radack. "We need the federal government and the state to step up. So we have the seed money. Now we need them to join in. Hopefully, with the state and the feds, this $2.5 billion will become 10 billion very rapidly."

That long list of projects will shift. New ones will be added. Other ones will be altered. But the work has begun. Only days after the election passed overwhelmingly, they're digging. Because, as we all know, it is not a question of if the rains will come again, it's a matter of when.