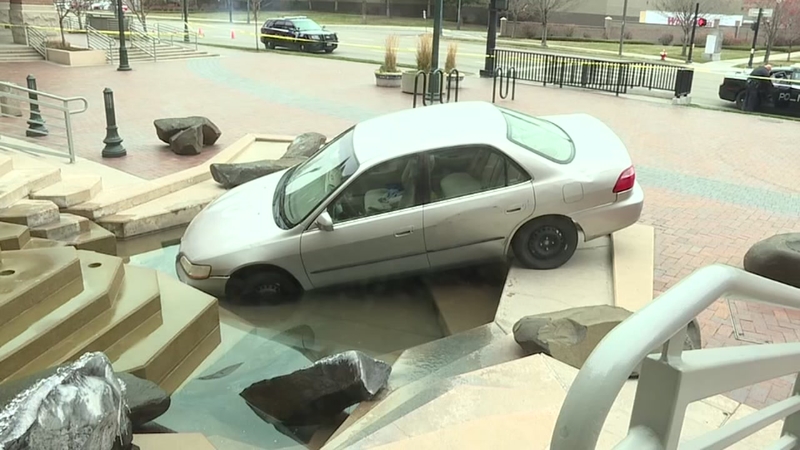 BOISE, Idaho -- An Idaho man is in trouble with the law after police say he purposely drove his car into a courthouse fountain.The Ada County Sheriff's Office says Jon Locksmith, 37, did it all on purpose.

"He was upset at the court system, the court process, and he wanted to be arrested," an officer told KIVI-TV.

Police on scene say Locksmith first drove onto the courthouse plaza and did donuts before smashing into the fountain. No one was injured.

Police say they've seen people attempt to get arrested in the past, but nothing quite like this.

Locksmith has been arrested on a misdemeanor reckless driving charge and is now in jail. But if the damage to the courthouse plaza exceeds $1,000, investigators say he may face a felony for malicious injury to property.

It's unclear if he has an attorney. Court records show Locksmith has a misdemeanor battery charge from earlier this fall that has not yet been adjudicated.

Police say features like the fountain are purposely installed to stop drivers from being able to crash into the actual building, potentially causing even more damage.