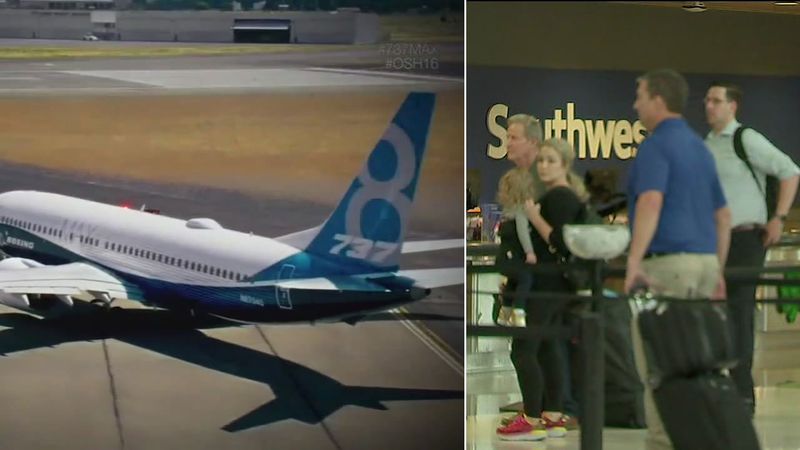 Some passengers at Houston Hobby Airport initially wondered if the delays were a result of the grounding of Boeing 737 Max 8 and 9 aircraft, after the FAA ordered the planes be taken out of service in the wake of a second fatal crash of the model this week in Ethiopia. Another crash occurred last year.

RELATED: Boeing 737 Max flights to and from Houston that were in the air amid emergency order

Southwest operates 34 of the affected aircraft, and while a statement said those commercial jets have flown 41,000 flights without incident, the company supports the FAA decision. The 34 aircraft account for less than five percent of Southwest's daily flights.

"I came early because I thought there'd be a delay because of the grounding," said Kathy Jones, who had brought a family member to the airport. "I checked on the kind of plane she'd be on. If it was one of those, I wasn't going to let her get on it."

Southwest is offering flexible rebooking to any passengers whose flights were affected by the FAA order.

Affected aircraft on the ground did not depart. Those still in flight will be grounded upon arrival.