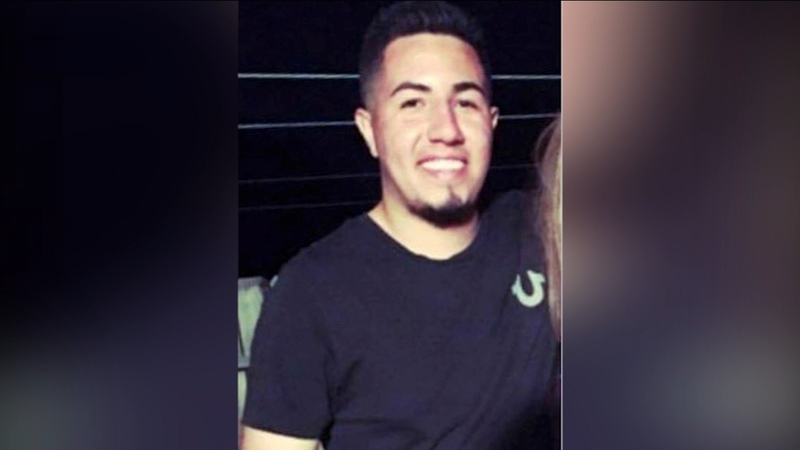 FRESNO, California -- Justin Garza was a fitness fanatic who loved lifting weights. The 23-year-old spent about two hours a day in the gym alongside his friend and longtime trainer, Jay Cordero.

"He really loved the gym. He loved working out. He found it more than a hobby; it was more of a lifestyle for him," Cordero said.

Jay reached out to Garza just hours before his death to arrange a Monday workout time.

But overnight, Garza was killed.

"It still feels like it's not real right now, like I don't believe it. We're all hurting right now. Words can't really explain how we're feeling," Cordero said.

The crime scene tape remains at the Motel 6.

It's the place Garza was sitting in his car when the shotspotter went off at the Fresno Police Department showing several shots fired in that area.

Officers said Garza arranged to meet up to collect a major debt, but detectives don't believe he ever collected a dime.

"The victim was trying to collect some money from the suspect, but at some point, there's a phone conversation, and then the disturbance turned deadly," said Lt. David Madrigal.

Officers say the phone conversation was with another person and it happened just before the murder. Detectives say drugs are not involved in the homicide.

Garza discussed his new job with Jay Cordero often. His job was escorting dancers to their parties.

He was also the one who collected money. He just started it a few months ago.

"And then he watches over them and makes sure they are safe, and that the transactions happen properly and the money is all there and all that," Cordero said.

Detectives say there were some witnesses to the crime, but they believe there are more who haven't come forward.

So far, officers have made one arrest on a probation violation, but it may eventually end in a murder charge.