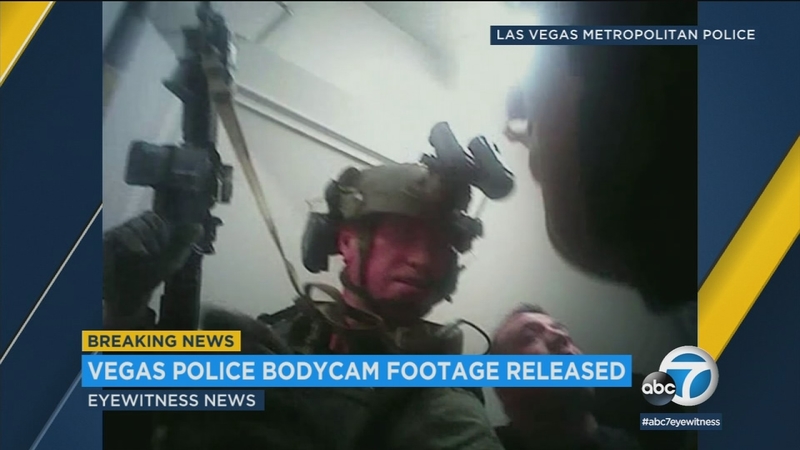 The videos from two officers take you inside the killer's hotel suite on the 32nd floor of the Mandalay Bay hotel about an hour after the Oct. 1 massacre ended.

An initial clip shows officers plugging their ears as an explosive charge breaches the door to the suite. You see them entering and clearing each room, calling out "rifle, rifle, rifle," as they come upon the dozens of weapons gunman Stephen Paddock had amassed.

The area appears dark, with part of one room lit only by Paddock's laptop, as the fire alarm flashes and sounds.

The Las Vegas Metropolitan Police Department released new video tonight that shows how the shooting unfolded from the view of police.

Paddock killed 58 people and injured almost 500 when he opened fire on concert attendees.

The footage doesn't show what the first officer through the door saw because he didn't activate his body-worn camera.

The sheriff's department did not want to release the video, saying the footage could cause further trauma to the survivors and family members. However, the Nevada Supreme Court ruled the bodycam footage has to be made public.

Authorities have not uncovered a motive for the attack.