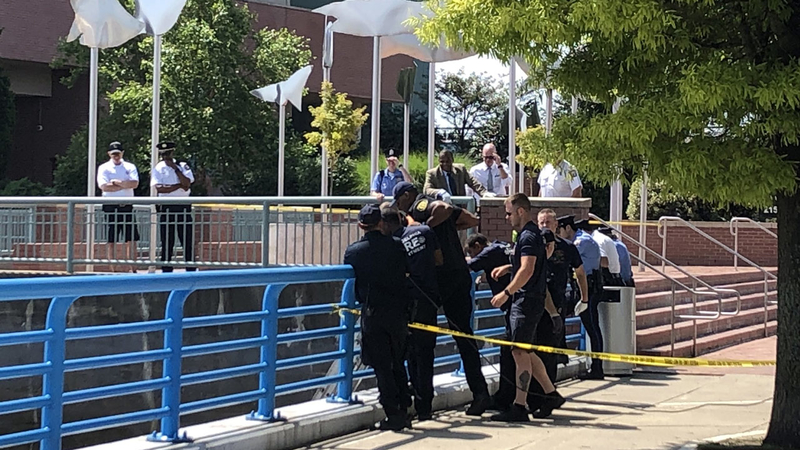 PHILADELPHIA, Pennsylvania -- The bodies of a husband and wife were discovered in the Delaware River Thursday morning and their child was found alone in a car near the scene, Philadelphia police confirmed.

Crews first pulled a 30-year-old woman from the river around 5:45 a.m. She was pronounced dead a short time later.

Police on the scene found a 5-year-old girl sitting by herself inside a Nissan SUV. She told authorities she was with her father.

The child was taken to Children's Hospital of Philadelphia as a precaution.

Police searched for the father around the scene, but were unable to locate him. Just before 10:30 a.m., authorities discovered the body of a man in the river. He was pulled from the water and pronounced dead by the Marine Unit.

A man has just been found dead floating in the Delaware River by Lombard Cr. and Columbus Blvd. this comes after a woman was pulled from the river earlier this morning. A child was also found abandoned in a Nissan SUV near the scene. @6abc pic.twitter.com/xjs3y9faFB

The identities of the victims have not been released, however, police confirm they were the parents of the child.