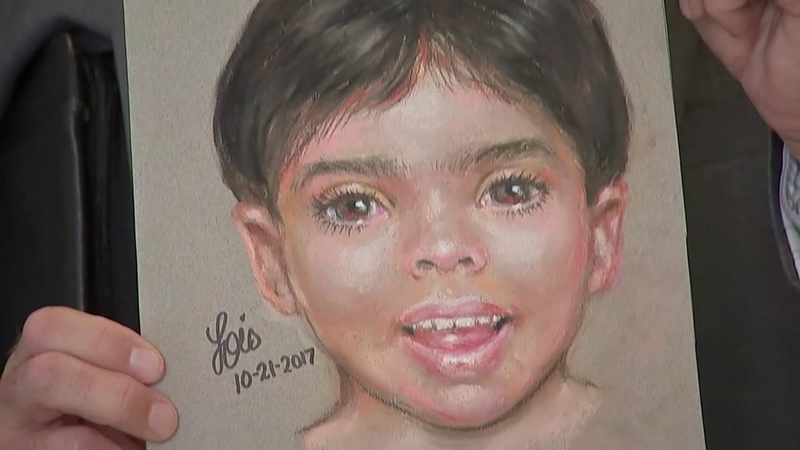 GALVESTON, Texas (KTRK) -- The body of a young boy has washed ashore in Galveston.

Galveston police investigators say somebody walking down the beach found the body around 5:35 p.m. Friday near 7th and Seawall. The passerby spotted the body in the surf in an area that is not heavily trafficked.

The body of a child who washed ashore in Galveston does not match any local missing children, investigators say.

Investigators say the body appears to be that of a Hispanic male between three and five years old with brown hair and brown eyes. The body is approximately three feet tall with a slender build.

Police have released a sketch of the child.

They have yet to identify the child, who they say does not resemble any children who have been reported missing in the immediate area.

"This is a very unusual case. It's very difficult as a police officer, as an agency and as a community to have the death of a small child lying in the sand and to not have any answers to give anyone," said Galveston PD Capt. Joshua Schirard, adding that foul play has not been ruled out.

Schirard also said that bodies in the water decompose more slowly than those on land, so it is difficult to estimate how long the child had been dead without a more thorough examination.

An autopsy will determine how the boy died.