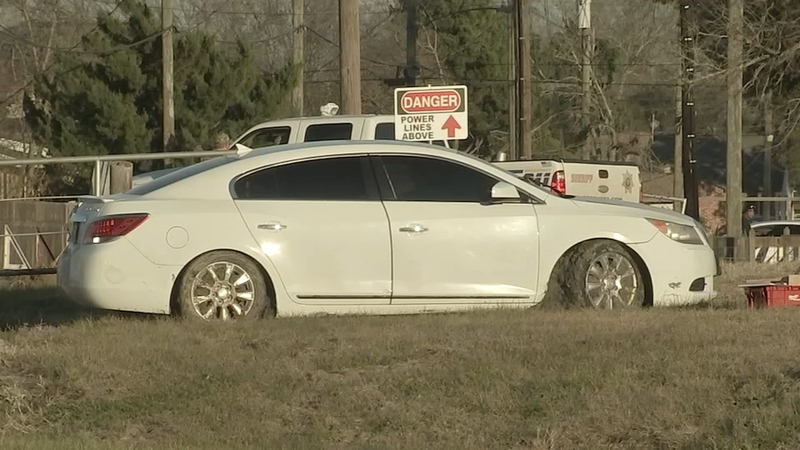 Woman shot man and drove him into canal, deputies say

BAYTOWN, Texas (KTRK) -- Deputies have recovered a car from a canal with a man's body inside after a woman called 911 saying she was involved in his murder, investigators said.

Using sonar equipment, the Harris County Sheriff's Office Marine Unit and Dive Team located the car, a white Buick sedan, near the 7699 block of Thompson and Jones near Baytown Thursday afternoon. They had been searching for the submerged vehicle since Wednesday.

According to investigators, the victim's girlfriend reported him missing on Tuesday morning. By Tuesday afternoon, another woman, Fransha Brooks, called 911 linking herself to his disappearance.

By Thursday evening, 32-year-old Brooks was charged with murder.

"A female called in, advised she had been involved in a murder involving a white Buick LaCrosse," explained Homicide Unit Sgt. Ben Beall. "She told us she had shot the male and drove him into the water canal at Jones and Thompson. Drove the car into the canal and went home."

"They were involved in some type of argument. They struggled over a gun. Our victim appears to have gunshot wounds," said Beall.

Brooks is in the Harris County jail awaiting her first court appearance.