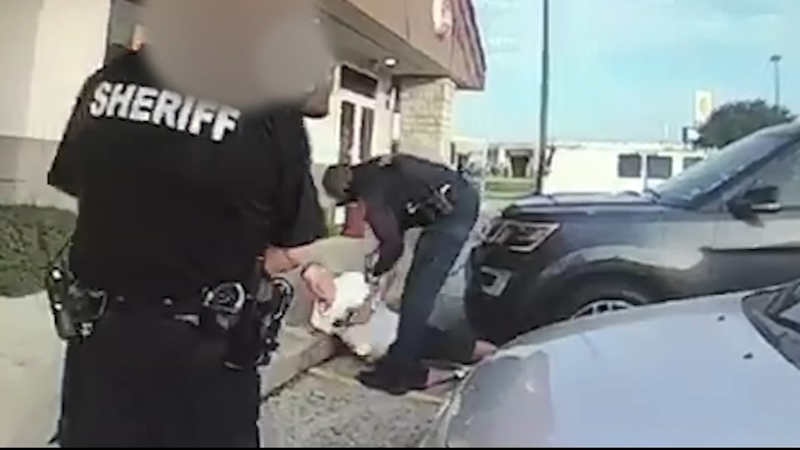 HOUSTON, Texas (KTRK) -- A grand jury indicted a Harris County Sheriff's Office deputy for knocking a man to the ground outside of an IHOP in 2018 after encouraging him to slap him.

Deputy Ellison Collins was indicted for assault, according to District Attorney Kim Ogg.

The incident happened outside of an IHOP on the Katy Freeway. Deputies were there responding to a disturbance when Collins, now 39, invited Jerry Allen Vaco, now 61, to slap him in the face.

Collins did not have his body camera on at the time, according to the sheriff's office. ABC13 obtained video that was recorded on another deputy's body camera.

"THAT WAS (EXPLETIVE) STUPID": A Harris County Sheriff's deputy could face charges for laying hands on a man after encouraging him to slap him.

"Everyone is accountable under the law whether they are wearing a uniform or not," said Ogg. "Grand jurors were presented all of the evidence and determined the deputy should be charged with a crime."