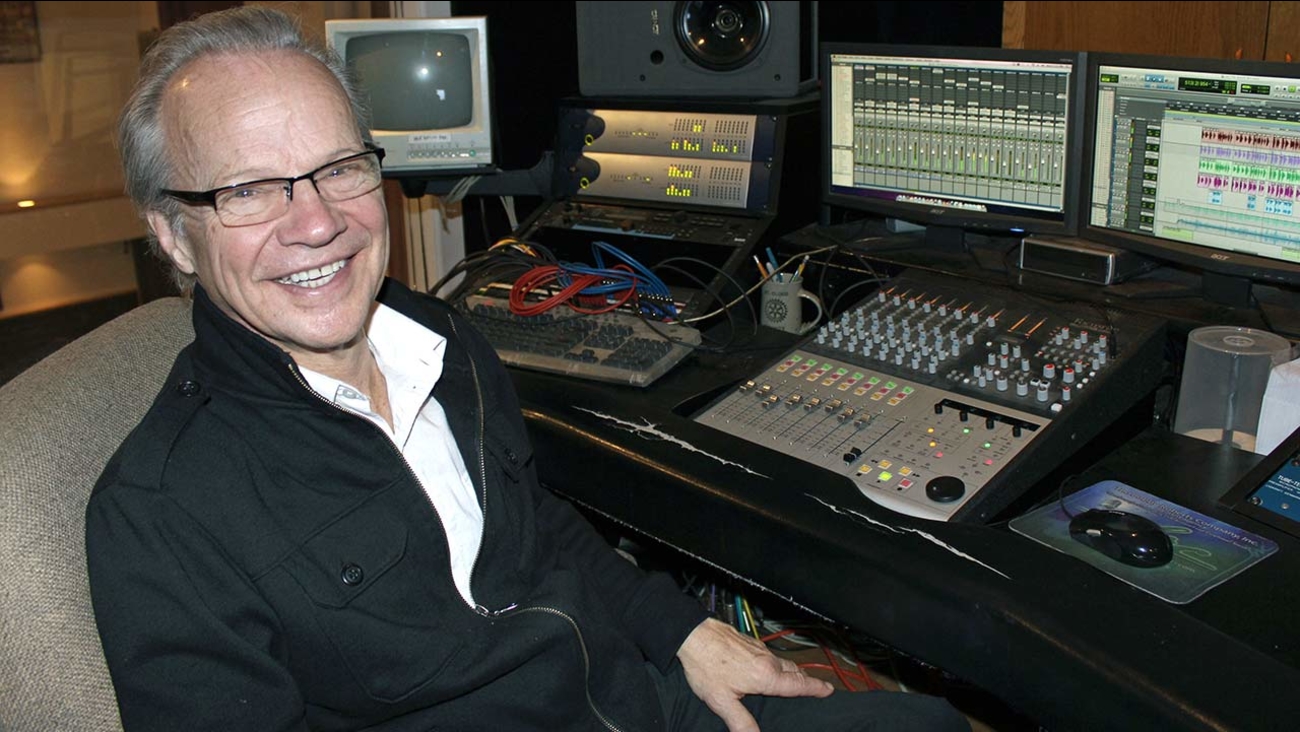 In this photo made Dec. 18, 2013, Bobby Vee poses at his studio console at his family's Rockhouse Productions in St. Joseph, Minnesota. (AP Photo/Jeff Baenen)

MINNEAPOLIS, MN -- Pop singer Bobby Vee, whose early 1960s hits included the chart-topping "Take Good Care of My Baby," has died. He was 73.

Born Robert Velline in Fargo, North Dakota, Vee was just 15 when he took the stage in nearby Moorhead, Minnesota, to fill in after the 1959 plane crash that killed Buddy Holly, Ritchie Valens and J.P. "The Big Bopper" Richardson.

Within months, Vee and his band, The Shadows, had a regional hit with "Suzie Baby." Vee went on to record 38 Top 100 hits.