Speeding boat skips over dock and crashes into yard: neighbors 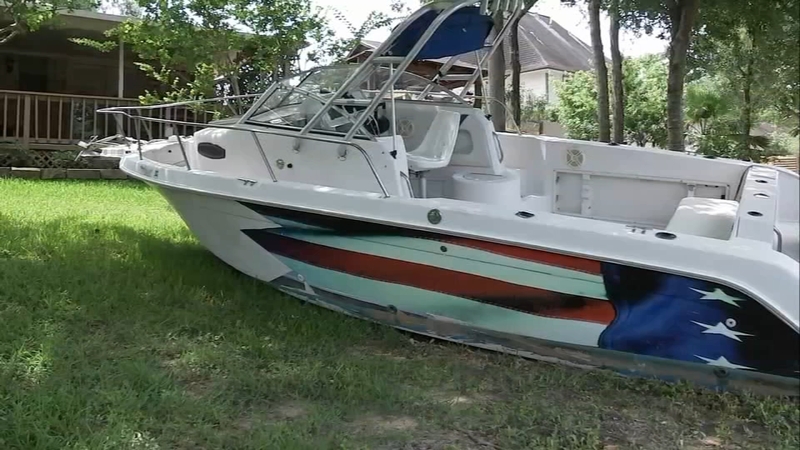 Speeding boat skips over dock and crashes into yard: neighbors

DICKINSON, Texas (KTRK) -- Vincent Silva was barbecuing in his backyard Sunday evening when a boat crashed into his backyard.

"All of a sudden, I heard a train coming and I ran out there and there they were," Silva said.

He says he saw a few people climb out of the boat, and one woman who was thrown from the vehicle during the crash.

Neighbors tell ABC13 they had seen the boat speeding on the water behind their neighborhood on Old Bayou Drive.

The boat left a trail of damage behind after skipping the banks, driving over a dock and boat belonging to Silva's next door neighbor before crashing

"It was a strong boat to go through all that," Silva said.

Dickinson police say no one was seriously hurt. They say one woman complained of shoulder pain and took herself to the hospital. They're not sure if alcohol was a factor.

ABC13 spoke with the owner of the boat, who didn't want to be identified, who told us he lost control of his steering and that's why he crashed.

This isn't the first time Silva has seen boats speeding on the water. He says, "They just zoom right up next to you and they don't know what they are doing."

Silva is glad no one on the boat or in its path were hurt. No police report was filed.