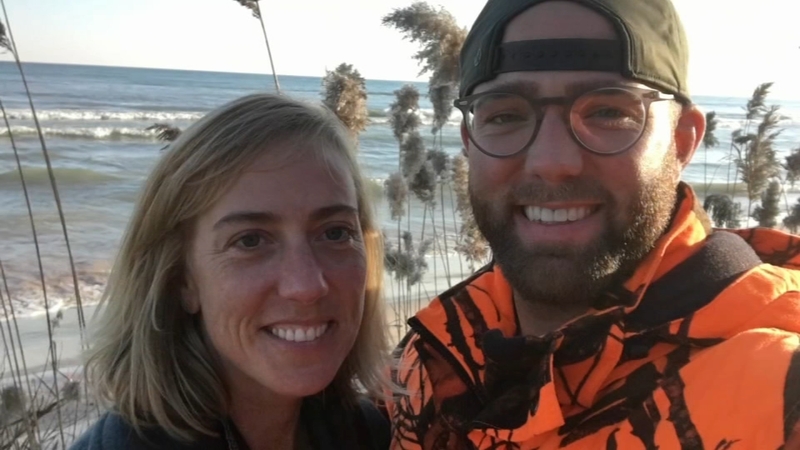 HOUSTON, Texas (KTRK) -- The brother of a 41-year-old missing marine biologist, who was aboard a diving boat when it caught on fire, is thanking friends and the community for tremendous support as the family waits for an update on their loved one.

"Anybody that knows Kristy knows that she has a huge heart," said Brett Harmeling, Kristy Finstad's brother. "She's just a go-getter."

Early Monday morning, a chartered diving boat carrying 39 passengers caught on fire as it was anchored in the water off of the coast of southern California.

On board were crew members and people attending a diving excursion, including Kristy.

"Her whole life has been an adventure," Brett said.

Kristy Finstad is a Santa Cruz diver who was leading a group of divers aboard the Conception.

Five people managed to escape the fire, leaving 34 people aboard the ship when it was burning.

Human remains have been located, but Kristy, an experienced scuba diver, is still considered missing. An investigation into what caused the fire is ongoing.

At a Tuesday morning press conference, crews announced they're now executing a search and rescue mission to locate the bodies of the deceased.

"My parents called me (Monday) morning and said 'Brett, we don't have very good news,'" he said.

The man tells ABC13 he was supposed to have been aboard the boat, as well, explaining his sister had an open spot and extended an invitation for him to join, but he was unable.

"I was shocked when they told me my sister was on the boat," Brett said.

According to her brother, the woman has dived thousands of times and has travelled to more than 100 countries.

Support from friends and the community has been pouring in as the family awaits word from investigators about Kristy.

"However, we are going to progress forward, depending on the situation, will be handled in a good and clean way as a family," he said.