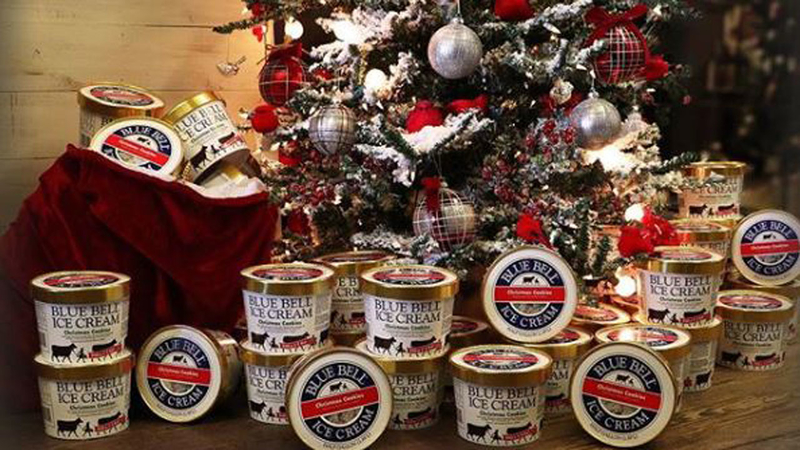 HOUSTON, Texas (KTRK) -- The holidays are officially here, at least according to Blue Bell.

The company says Chrismas Cookies is one the most requested flavors.

It is described as a combination of holiday cookies, chocolate chip, snickerdoodles and sugar with red springs and green icing.

Blue Bell has promised to bring back oldies, but goodies, along with new flavors.