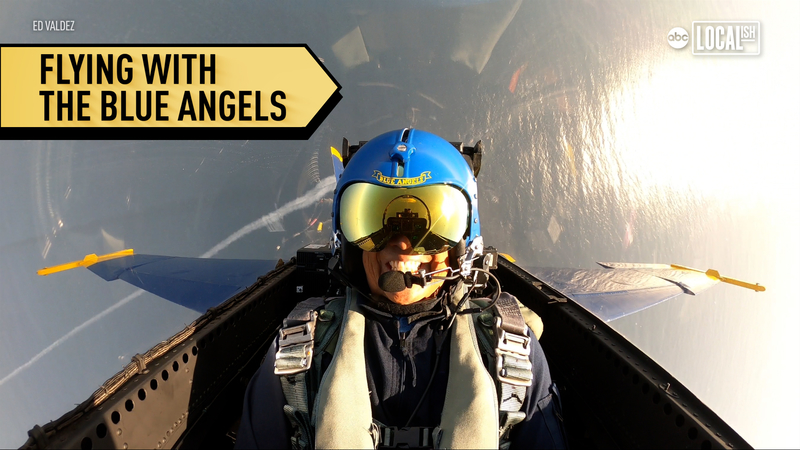 "This is something I wanted to do since I was a kid," said Valdez. "It's a good pinnacle for my dreams and goals."

Nominated for his dedication and involvement in the community, the Cypress College professor took to the skies as a passenger on a private jet tour.

After a pre-flight briefing, Valdez took to the tarmac at the Joint Forces Training Base in Los Alamitos and boarded the Blue Angels' newest ride: the F/A-18 Super Hornet.

"Just a little nervous from the excessive adrenaline," said Valdez. "Excited, you know, this is insane."

With years of experience working in the aviation and aerospace industry, Valdez dedicated his Blue Angels flight to his family.

"My wife, my kids, my dad. You know, he's the one that instilled aviation in me," explained Valdez. "I would work with him to LAX airport and watch him work on the airplanes."

"We have an opportunity to recognize those people and all the hard work that they put in. You know, it's kind of the same. We put in our hard work day in and day out just like they do," said AT2 Jordan Walls, seven crew chief with the U.S. Navy Blue Angels.

Valdez also shared some words of advice in achieving goals even when challenges arise.

"I made it. There were a lot of roadblocks, but I made it," said Valdez. "And that's what I want to get across to the students -- you can make it, don't give up."