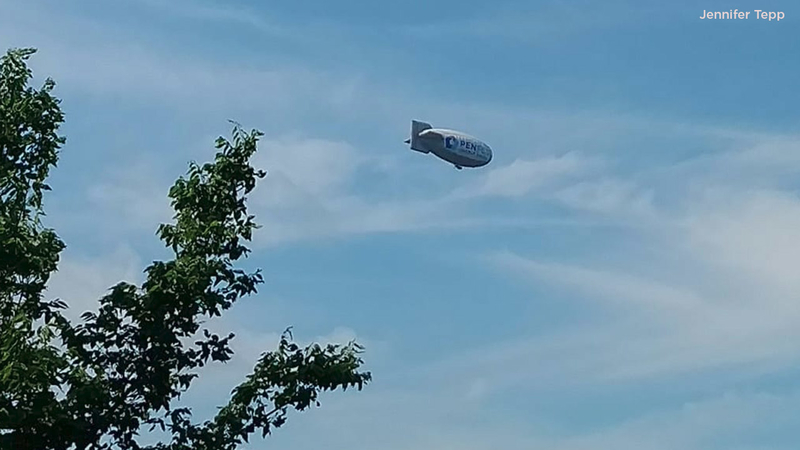 Blimp above US Open comes crashing down after catching fire

ERIN HILLS, Wisconsin -- A blimp flying over the U.S. Open has gone down and the aircraft's operator says he doesn't know if the pilot is alive.

Justin Maynard is a sales manager for AirSign, the advertising company that operates the blimp.

Maynard says only the pilot was on board the craft. He says the company's operations team on the ground confirmed citizen video on social media showing the blimp going down.

Maynard says he is "not 100 percent" on the condition of the pilot but that believes he is alive.

The USGA released a statement about the crash:

"According to local authorities, a commercial blimp not affiliated with the USGA or the U.S. Open Championship broadcast crashed in an open field approximately a half mile from the Erin Hills golf course at approximately 11:15 a.m. First responders were quick to arrive at the scene and the pilot is currently being treated for unknown injuries. No other people were involved in the incident and local law enforcement is currently investigating. Our thoughts and prayers are with the pilot at this time."

We will bring you updates on this breaking news story as it becomes available.
Report a typo to the ABC13 staff