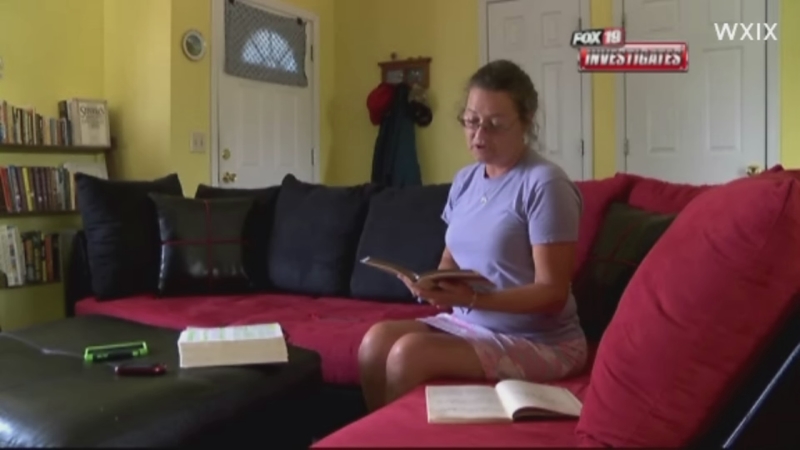 Bank teller claims she was fired for blessing customers

WALTON, KY (KTRK) -- "Have a blessed day." A Kentucky woman claims saying that phrase to customers got her fired from her bank teller job.

Polly Neace says she feels strongly about her beliefs, so when she was working as a teller at a US Bank in Walton, Kentucky, she would say the same thing to every bank customer she came in contact with.

Which didn't appear to be a problem at first, and she claims most customers simply responded with thanks.

But Neace received a code of ethics violation, claiming that in addition to several customers complaining about her telling them to 'have a blessed day,' that Neace also asked a customer, "Did you just take the lord's name in vain?" The complaint alleged that she then proceeded to talk to him about salvation.

Neace claims customers never complained. In writing, US Bank told Neace "effective immediately you will no longer discuss the subject of faith or religion with customers and co-workers alike."

She said, "I was upset with the fact they were stifling me and not allowing me to act on my beliefs."

Neace admits she was reprimanded again a few months later after a drive-through customer told her 'God bless you' and she responded in kind.

After complaining about a situation at the bank, Neace claims she jokingly told a manager she might as well go back to saying have a blessed day, and be fired. The next day, she was.

Neace later filed a lawsuit against US Bank, claiming she was "discriminated against for exercising her religious freedoms."

When asked for comment, US Bank reportedly provided a statement saying in part, "At US Bank we hold our employees to high ethical standards when interacting with customers and co-workers, and take violations of these standards seriously."
Related topics:
careersjobs
Copyright © 2022 KTRK-TV. All Rights Reserved.
TOP STORIES
Aggravated assault suspect shot and killed by Pasadena police
Teen shot in gunbattle between 2 groups in west Harris County
Line for sold-out concert stretched across Houston's north side
Is Texas missing out? Oklahoma cashes in on booming marijuana market
Here's how many inches of rain you could get over the next 7 days
Woman claimed self-defense in deadly Clear Lake marina shooting
Harris County DA demands Hidalgo stop 'daily public misstatements'
Show More
Constellation Field has more than Cracker Jacks for fans to enjoy
Galveston woman Turns to Ted after flood insurance issues
Elections Administrator GOP on upcoming election result delays
Funerals begin for victims of Buffalo supermarket shooting
Biden starts Asia trip with global issues and tech on agenda
More TOP STORIES News