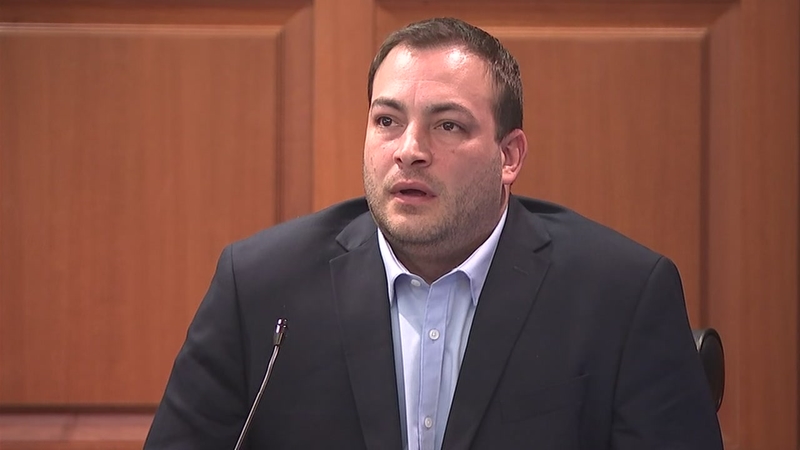 HOUSTON, Texas (KTRK) -- A jury has decided that a Houston man convicted of murder in a single-day crash rampage that killed a boy and a homeless man should serve 80 years in prison.

Last week, 38-year-old Blaine Boudreaux was found guilty of murder. He was facing up to life in prison.

A 6-year-old boy, Joshua Medrano, was killed in one of four crashes. A homeless man was killed in another crash. That man's body wasn't discovered for more than a day.

During closing arguments on Tuesday, prosecutors asked that Boudreaux receive life in prison, saying that if he was released from prison that he would commit a crime again.

They made a plea for justice for the family of 61-year-old Leonard Batiste and Medrano.

This is 6yo Joshua Medrano and 61yo Leonard Batiste. They were both killed in separate fatal crashes happening just minutes apart. Blaine Boudreaux was found guilty of murder after the crashes. The jury is deliberating his sentence now. https://t.co/eFDsKTms6N @abc13houston pic.twitter.com/UCprPLig4P

The defense argued that Boudreaux committed the crime, but it doesn't warrant 99 years in prison.

After that, prosecutors say he crashed into Batiste, a homeless veteran, taking his life.

Boudreaux took the stand on Tuesday telling the jury that all he remembers from the crash was an airbag hitting him, and later an officer shaking him saying, "He had killed a 6-year-old."

In cross examination, Boudreaux also told the jury he was not intoxicated when he killed Medrano.