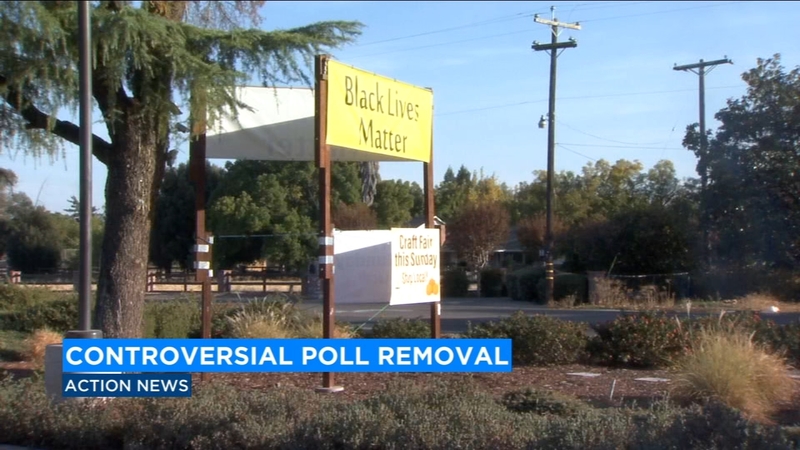 FRESNO, Calif. -- A California reverend is upset that his church can no longer be a polling center on election day because of their "Black Lives Matter" sign.

Reverend Tim Kutzmark of the Unitarian-Universalist Church of Fresno is learning he will not be opening his doors to voters.

"Our black lives matter sign is a statement of our theological belief," said Kutzmark.

But according to Kutzmark, Brandi Orth, the Fresno County Clerk says the sign is making some people uncomfortable which is why he was asked to hide it.

"There is no way we are going to cover up a religious or civil rights statement," said Kutzmark.

That decision led to the church being stripped from its polling center duties. And that is something Kutzmark does not understand.

"It is not political and it is non-partisan," said Kutzmark.

However, the Fresno County public information officer Jordan Scott says it's an issue that has opinions on both sides one way or the other.

According to Scott, the county received several calls from people concerned about the sign during the June primary. He says this is why the county made the decision to move the polling center to another location.

"If we had not received calls for concern or complaint there would not be this issue. But our obligation again is to the community and making sure we are encouraging people rather than discouraging people in any manner," said Scott.

However, Kutzmark believes the decision made is wrong.

"If we had a sign that says 'He has risen' that is a theological statement that a church has the right to make and I wonder if some folks complained about that would you be stripping that church as a role of a polling place," Kutzmark said.