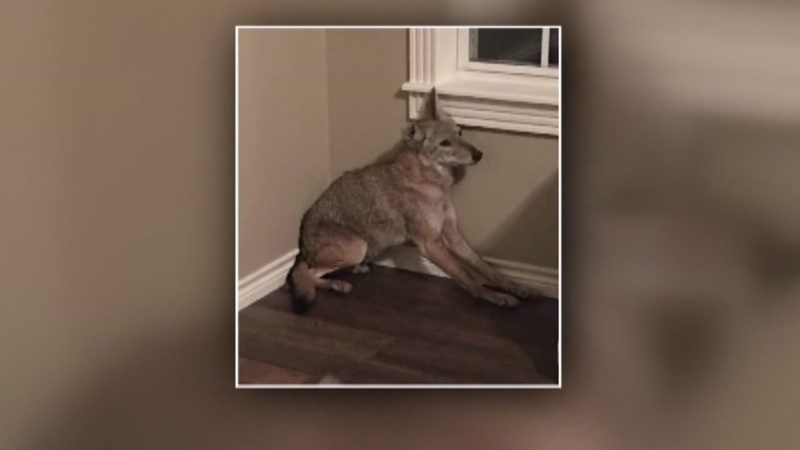 Coyote intrudes homes and wakes up woman in middle of night

BIXBY, Oklahoma -- A woman in Oklahoma is recounting the shock she got when a coyote entered her home and woke her in the middle of the night.

"Around 4 or 4:15, all of a sudden we hear what sounded like a cat fight, almost," she recalled, assuming it was her own cat and dog creating the commotion.

"I woke up and the cat and the coyote (ran) into my room. It was still dark," Moriarty said.

According to her, she was all alone on the first floor of her home with her kids upstairs, so she grabbed a golf club out of protection.

"I was screaming," she said.

Moriarty said she turned on the lights to her room and found the coyote crouched down in the corner, remaining timid.

"That's when I realized, holy crud, I have a coyote that is stuck in my bedroom," she said.

Moriarty said at that point, she shut the door to her room and contacted police. Officers responded and used catcher poles to get the coyote out of the home and released into the wooded area nearby, where Moriarty believes the animal came from.

She also thinks the coyote lunged at her backdoor when she spotted her cat.