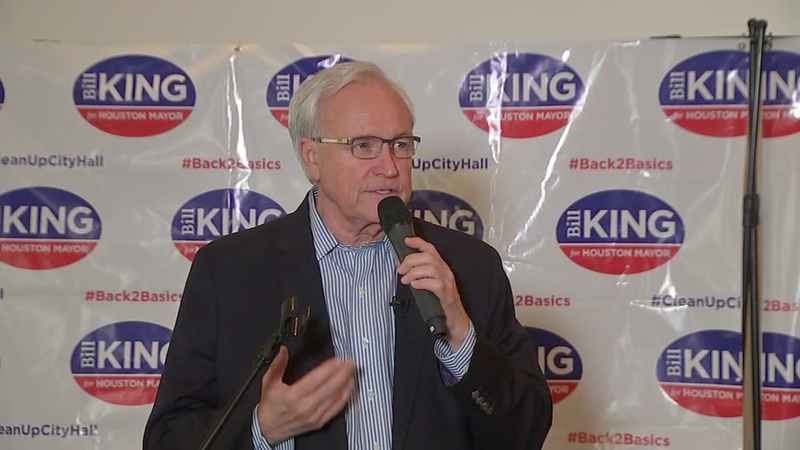 HOUSTON, Texas (KTRK) -- Bill King was less than 4,000 votes away from winning the election four years ago, and thinks he's found a recipe for success this time around.

He is a life-long Houstonian who wants to give back to the city that gave him so much.

"There's a saying in the African-American community that you learn, you earn, and then you return," he said in an interview with Eyewitness News. "And I think that's a good rule to live by. "

At one of his nine campaign kick-off events, which he's holding all over the city, King told his supporters he wants city hall to get back to the basics -- trash pick-up, good roads and neighborhood policing. He thinks it's all possible within the revenue the city currently collects.

King lost to current Mayor Sylvester Turner in a run-off in 2015. The gap was less than 4,000 votes. King said he's learned a lot from the experience and is ready to lead in 2020.

"I'm a numbers guy, as you know," King said, "and so we've looked at those numbers a lot. And we think there's a real clear strategy on how to close that gap."