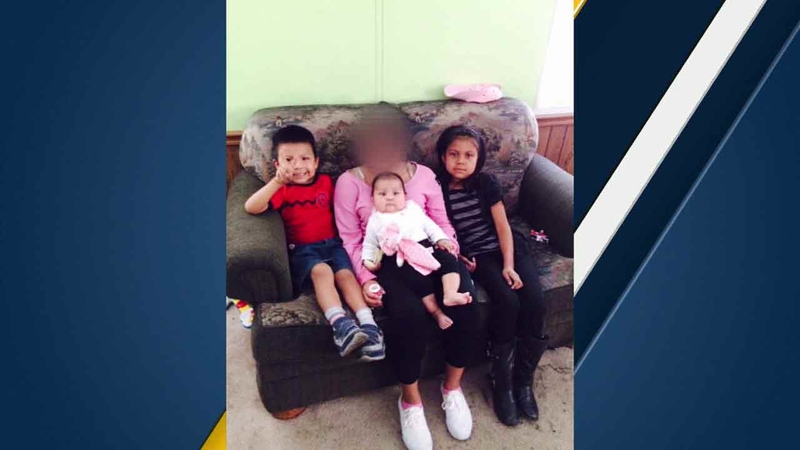 BIG BEAR LAKE, CA -- Three kids and one woman were killed after the children's father tried to rescue his family from their mobile home that caught fire at Big Bear Lake on Christmas morning.

San Bernardino County sheriff's deputies responded to reports of a residential structure fire in the 500 block of Alden Road around 5:45am Friday and found the mobile home fully involved in the blaze.

When one deputy arrived, he found father Jose Carlos with lacerations and burns attempting to extricate his family still inside. Due to the extent of the fire, the deputy was unable to make his way inside the home, officials said.

"He smelled smoke, go out to see what was going on. By the time I think he realized what was going on, the fire had grown to an overwhelming... to overwhelm him," said Nick Bruins of the Big Bear Fire Department.

Soon after, Big Bear Lake fire personnel responded and attempted to go in and rescue the victims, identified as 34-year-old Maria De Los Angeles, 8-year-old Citlali Carlos, 3-year-old Andres Carlos and 6-month-old Pearla Carlos, but were unable to due to an imminent roof collapse, according to the San Bernardino County Sheriff's Department.

All four were killed in the blaze.

Jennifer Bautista, a cousin of the family, said it's a loss she cannot fathom.

"I just keep thinking it's a dream and that I'm going to wake up tomorrow morning and they're still going to be here," she said.

The injured father was airlifted to Arrowhead Regional Medical Center for treatment in unknown condition.