The Sea Port Oil Terminal would be 30 miles off the Texas coast and is one of four proposed offshore terminals designed to dramatically expand the U.S. oil export capacity.

The Biden administration has approved plans to build the nation's largest oil export terminal off the Gulf Coast of Texas, which would add 2 million barrels per day to the U.S. oil export capacity.

The approval by the Department of Transportation's Maritime Administration was filed in the federal register on Monday without any public announcement, a day after the United Nations' annual climate conference wrapped up in Sharm el-Sheik, Egypt.

Earthworks, an environmental nonprofit, spotted the filing and publicized approval of the Sea Port Oil Terminal on Tuesday.

In its 94-page decision, the Maritime Administration wrote, "The construction and operation of the Port is in the national interest because the Project will benefit employment, economic growth, and U.S. energy infrastructure resilience and security. The Port will provide a reliable source of crude oil to U.S. allies in the event of market disruption."

The administration's move marked a major step forward for the export sector, which has grown rapidly since the U.S. began to allow crude sales abroad in 2015, the same year that the U.S. helped broker the Paris climate accord that called for dramatic reductions in global fossil fuel emissions.

The offshore oil export terminal, the first to be approved of four proposed along Texas' Gulf Coast, will enable continued growth in U.S. shale oil production and in global consumption, dealing a substantial setback to the White House's goals for drastic cuts in carbon emissions by year 2030.

"President Biden has renewed United States leadership in the fight against climate change," the White House said ahead of the UN climate conference in Egypt this month. "The President is delivering on his Day One promises, positioning the United States to achieve our ambitious climate goals."

Approval of the Sea Port Oil Terminal, off the coast of Freeport, about 50 miles south of Galveston, gave its corporate developers - Enterprise and Endbridge - a clear lead in the race to build the first new offshore export terminal in the Gulf. It was the agency's first endorsement and followed a three-year review process.

According to James Coleman, who teaches energy law at Southern Methodist University in Texas, the export terminal's approval represents the "hands-off" approach the Biden administration has adopted toward oil infrastructure projects since winning the White House on promises to block pipeline expansions.

"They keep asking the oil industry to expand its production and build more refineries. And yet they are saying we need to phase out fossil fuels," Coleman said. "What they've said seems contradictory."

The Environmental Protection Agency issued its approval of the project last month - also without a public announcement - prompting Gulf Coast activists to stage a protest in Washington, D.C., that ended in four arrests last week.

"I'm extremely disappointed," said Melanie Oldham, founder of Citizens for Clean Air and Clean Water in Brazoria County, where the project is proposed. "[Transportation] Secretary Pete Buttigieg and President Biden have chosen not to be climate change leaders."

The EPA has not responded to repeated requests for comment. While its Oct. 7 endorsement of the new terminal outlined concerns over climate change and environmental justice, it did not explain why the agency opted to approve the project.

"Last week, they were in Egypt telling the world that now is the time for climate action. This week, they're locking us into a climate-wrecking monstrosity for at least a generation," said Jeffrey Jacoby, deputy director of Texas Campaign for the Environment.

According to the Maritime Administration, the project will expand a Houston-area terminal operated by Enterprise and connect it to a new 140-acre onshore facility near Freeport with 4.8 million barrels of storage capacity. From there, two 36-inch underwater pipelines will run to the new deepwater port, 30 miles offshore, where two 24-inch floating crude hoses will load it onto the world's largest class of crude tankers.

At least 14 giant pumps with a combined output of 86,000 horsepower will be needed to move the oil from Houston to Freeport and then out to the offshore terminal.

The project will create 62 permanent jobs, plus up to 1,400 temporary construction jobs, according to the Maritime Administration.

The project aims to improve the efficiency of oil exports from the Texas coast, where smaller tankers currently ferry oil from coastal depots to larger ships that wait in deeper water, miles offshore.

It will process more oil than the largest U.S. export terminal currently operating, Moda Ingleside Crude Export Terminal, owned by Enbridge in Texas, which moves up to 1.6 million barrels per day at the Port of Corpus Christi, the nation's top port for oil exports.

"Compared to facilities and processes used today, this project will create a safer, more efficient mechanism for exporting oil, and will play a key role in facilitating U.S. energy security," a Maritime Administration spokesperson said in a statement.

The administration's decision laid out a series of final steps for the Sea Port Oil Terminal to receive a license and begin construction.

Plans to develop the offshore oil sector date to the lifting of the oil export ban in December 2015, said Jordan Blum, editorial director at Hart Energy in Houston. But efforts lost momentum in 2020 when the COVID-19 pandemic caused global oil demand to dip.

Now that demand has roared back and prices are soaring, development of the export sector is pushing forward. The Maritime Administration's approval gives the Sea Port Oil Terminal a clear lead among similar projects.

"There was essentially this big race to build these," Blum said. "Not all these projects are going to be built, so being the first mover is really important."

The Sea Port Oil Terminal hopes to start operations by the end of 2025. When it does, Blum said, it will initially draw business from less-efficient onshore terminals in Houston and Corpus Christi. Over time, it will enable growth in oil production from Texas' shale oil fields and beyond.

"It would allow for increased production to continue. It would encourage more production, but it wouldn't be like a light switch," Blum said. 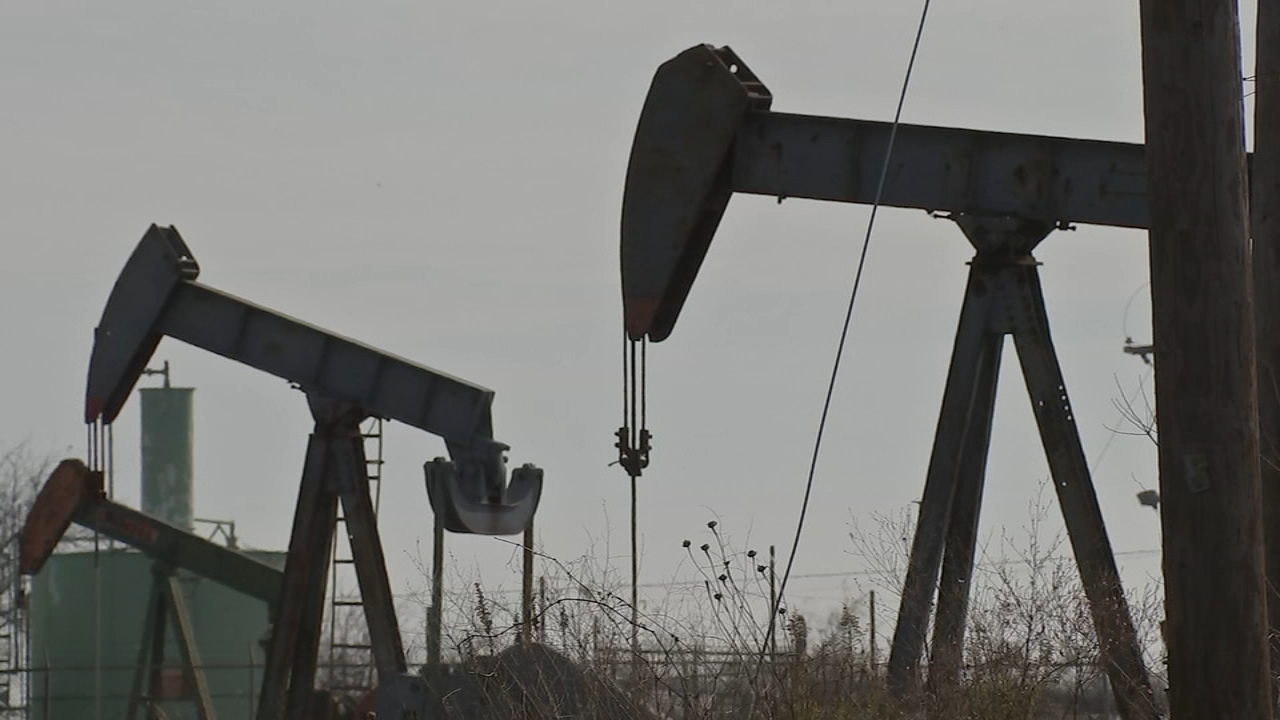 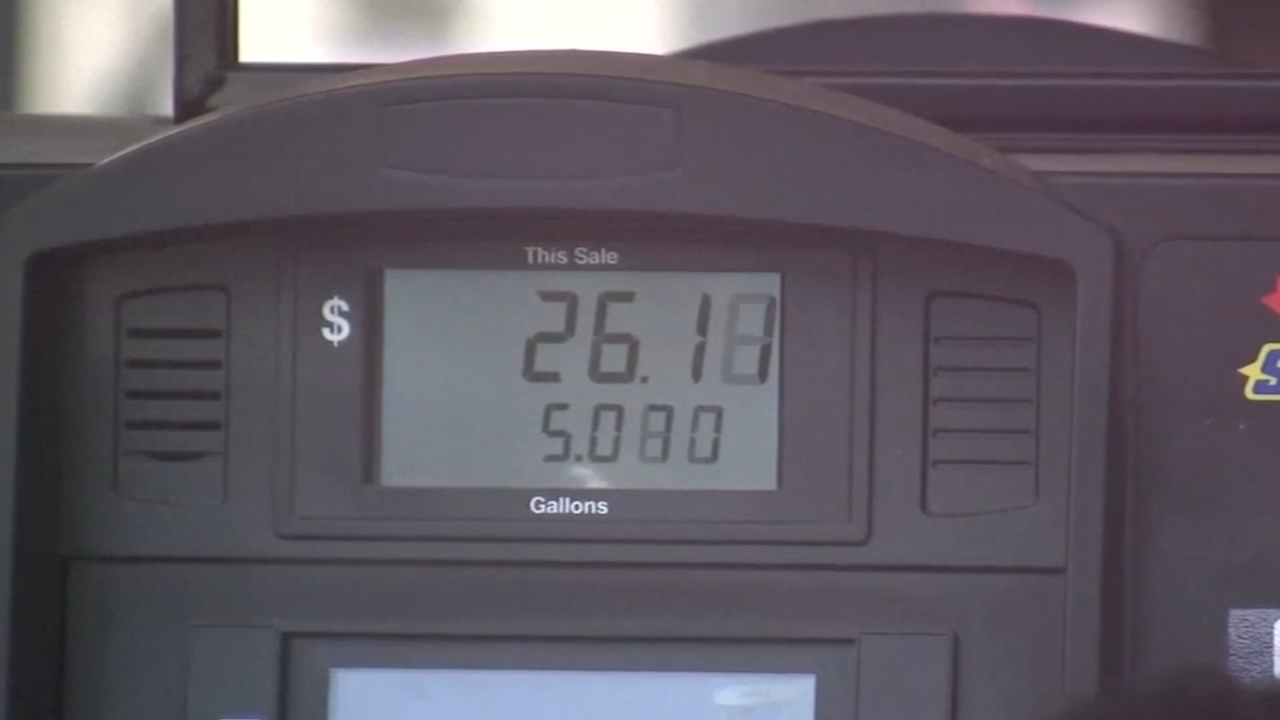