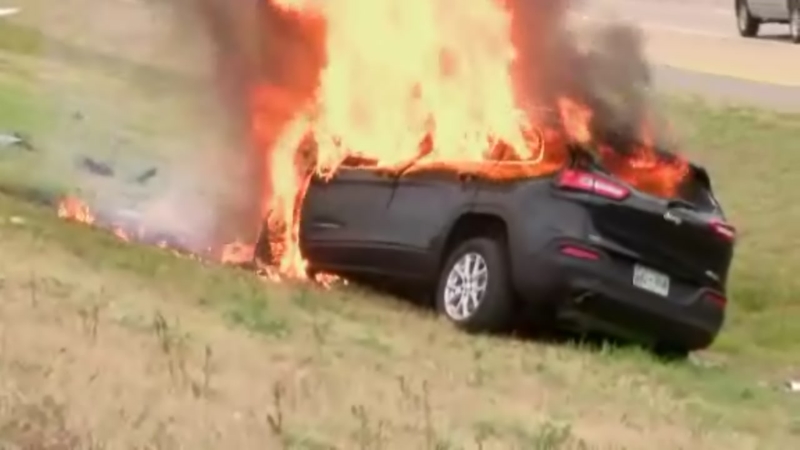 MEMPHIS, TN (KTRK) -- A man and a Bible were the only two things that were pulled from a fiery crash on a highway near Memphis, Tennessee.

It all started with a Jeep being sideswiped by a car, which pushed his vehicle down a hill and into a pole, according to witnesses interviewed by local station WMC.

Moments later fire ripped through the hood of the Jeep.

Good Samaritan drivers stopped and tried to keep the flames at bay with water while the man, who was wedged into his seat, could be cut from his seatbelt and pulled to safety as fire raged around him.

Witnesses carried the man to safety. He was taken to the hospital in critical condition.

Following the crash and fire, a discovery brought some to tears: a Bible found resting in the charred car's front seat.