Beyonce and Jay-Z give $100,000 scholarship to Galveston student during Houston concert 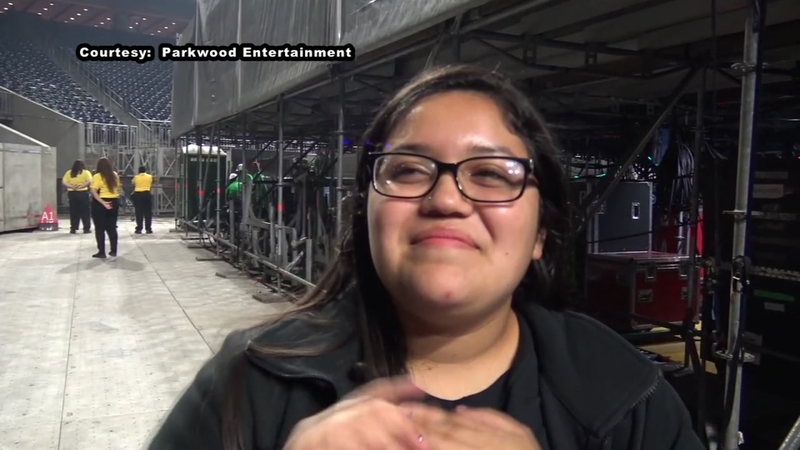 HOUSTON, Texas (KTRK) -- For 17 year-old Alezae Uresti, The Boys and Girls Club in Galveston is her second home.

"They push me to be who I am. They help me with my homework. They challenge me to be better," Alezae said. "I've been going here for six or seven years now."

"When they come here, they are our babies and we treat them as such," Cheryl said.

So when the Boys and Girls Club was asked by Beyoncé and Jay-Z to nominate a deserving student for a scholarship, the choice was a "no brainer."

"She's been here since middle school and I couldn't think of a better person than Alezae," Cheryl added.

The Ball High School senior is one of four siblings who comes from a single-parent home.

In her essay, Alezae wrote, "I'm sure things would be different if my father lived in the house or even took responsibilities, but of course, that isn't the case. It's as if we don't even exist."

She almost gave up in making the essay deadline.

The Boys and Girls Club staff helped her with the rest. Then, Sunday night, a big surprise.

"I had no clue. I didn't even realize," Alezae said.

She was taken to NRG Stadium and found herself right upfront at the "On the Run II" concert.

"I was super excited," Alezae said.

What happened next changed her life. The music stopped and all attention was on Alezae.

"All of these cameras start pointing at me," she said.

"I was like, looking back, like, 'Oh, my God.' I was shocked and ecstatic. I was just jumping with excitement," Alezae said.

"I screamed, cried because it's a blessing, because the thought of sending your child to school and not knowing where you going to get the money from," said her mom, Rosa Marsh.

To top it off: Alezae met Queen B herself after the concert.

"I didn't know what to say, and she gave me a huge hug and Jay-Z was just like chilling, you know," Alezae said. "So I gave her a hug and then after that, me and Beyoncé took a picture and I told Jay-Z, 'Come on, come on, get in the picture,' so we all took a picture."

The senior plans on attending Texas State University to major in forensic science pathology, but promises she'll never forget where she came from: The Boys and Girls Club.

"It was here where I learned to never give up," she said.