Our America: Chicago chef inspires national movement to stand up against Anti-Asian hate 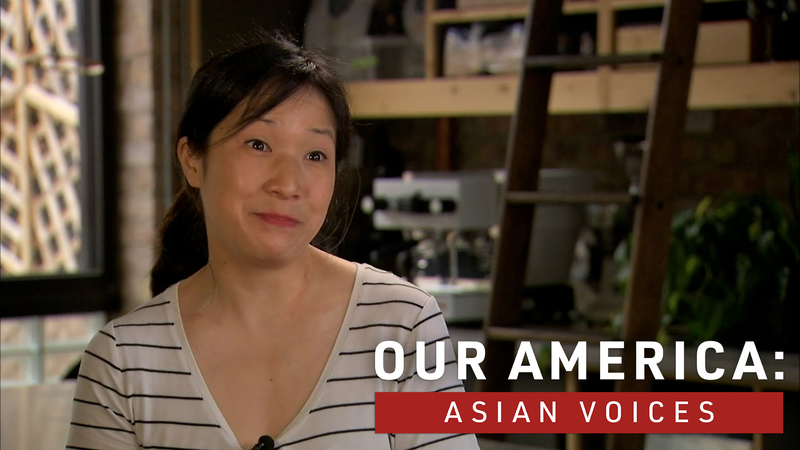 Chef inspires national movement to stand up against Anti-Asian hate

CHICAGO -- Beverly Kim has been coping with the devastating economic impact of the pandemic like so many restaurant owners around the country. Both of her highly acclaimed Chicago restaurants, Parachute and Wherewithall, were forced to shut down for a while.

"Me and my husband put everything on the line for our businesses", Kim says.

Kim and her husband met in culinary school. With the birth of their first child and fresh off of being a finalist on the TV show "Top Chef," the chef couple took on the ultimate challenge.

"That was the goal after I came off of 'Top Chef': work toward opening our own restaurant", said Kim.

The daughter of Korean immigrants, Kim said she had a hard time finding a restaurant where she felt satisfied with the food she was serving: "I was always put in a box, do this or that, so to be able to do Korean American our style without anyone telling us that was wrong felt really liberating."

Accolades poured in, including a Michelin star and James Beard Awards.

"My love for Korean food really comes because that's what my mom fed me and nurtured me," said Kim. "Even as I was learning other techniques, I always knew I needed to be able to express that soulfulness that I grew up with."

Kim grew up the youngest of four girls in the western suburbs of Chicago. Her dad, a physician from South Korea, came first to Chicago in 1970, followed by her mom in 1971. Kim was born in the Chicago suburb of Downers Grove.

"As visas were opening up for doctors from Asia, he wanted to make a better life so he applied and started his residency at Mercy Hospital in Chicago, " said Kim.

Kim and her three older sisters embraced their Korean heritage. But what pains her so deeply still today are racist taunts that began when she was only six years old.

"There were a few kids who would sing some tunes to me," Kim said. "I immediately knew I was different and they were making fun of me. I felt really hurt and scared."

Even though all of those emotions were compounding inside of her, Kim said there was no choice but to move on.

"It still makes me mad and sad at the same time. It's like a visceral feeling -- that tightness in my chest, the tears welling up. It still feels very real and I really believe it hurt my confidence for a long time," said Kim. "I didn't have a lot of time to reflect, just have to keep going and move on, but I think my success is a way of overcoming those struggles and showing how strong I am."

"I was thinking about how dehumanizing all of this is and that this is not the way to live in America," said Kim. "I think a lot of that really hit me because I already know that it happens a lot -- the misogyny, the hate towards Asians have been evident -- but to see it in such a violent way and so many of them happening, I really couldn't even keep going on. I just started thinking what can I do, what can I do."

Desperately wanting to do something to help, Kim finds inspiration again in her kitchen. The award-winning chef decided to answer the call to action with the hashtag #DoughSomething. What started as a social media campaign to raise awareness and funds for Asian Americans Advancing Justice has now turned into a national movement with nearly 100 restaurants joining the campaign.

"It's about solidarity across the board and the country, solidarity that we need to reckon with," Kim said. "This anti-Asian hate, we have to name it, we have to have time and space to grieve. For the first time, I see this really deep connection to it in our whole community, finally allowing ourselves the space to grieve and be mad and demand change, not just ask, but demand. This is not the way we should live."

With the movement, Kim, who is now a mom of three young boys, is helping to elevate the country's collective voice to demand change.

"My hope for my boys is to be really proud of their Korean heritage, to grow up in a society that celebrates their heritage," said Kim. "I know it might be impossible to erase all the racism, it's going to take a long time to get there, so my hope is that I can instill the confidence in them to have the strength to stand up for themselves."