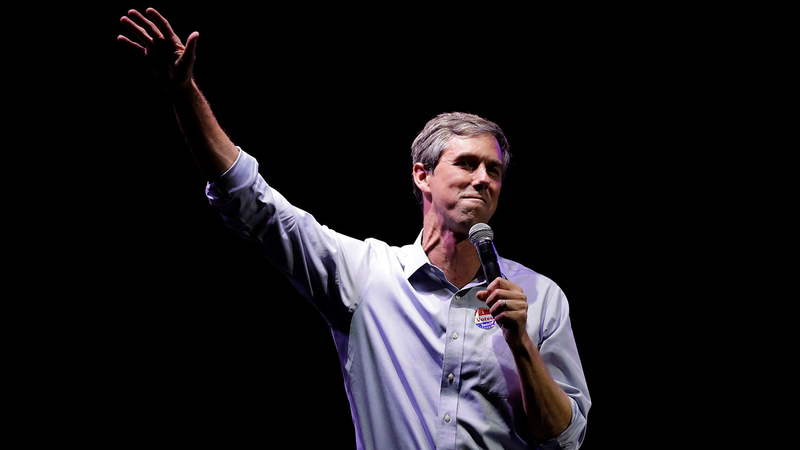 After a nail-biting race in Texas, Sen. Ted Cruz defeated his Democratic challenger Rep. Beto O'Rourke. But O'Rourke's supporters didn't see this as the end of the road.

Celebrities like Alyssa Milano and Olivia Wilde shared their support for the Texas representative after learning the results.

Beto lost? That’s ok. Now he can run for President.

Wilde, an actress, and model followed Milano's tweet "Beto 2020. Let's do this."

After reports of the Democrats taking the House rolled in, Josh Gad took to Twitter to rejoice and also showed his support for O'Rourke, "Tonight is a win for democracy. Oh and ... #Beto2020"

Looks like Dems will take the house! Do not let all of the other noise tonight deflate you. We finally have a check on the President. Tonight is a win for democracy. Oh and...#Beto2020

Various supporters of O'Rourke followed with their reactions and began trending #Beto2020 to encourage him to run in the 2020 Presidential election.

Hey @BetoORourke we love you and you were too good for Texas, anyhow. #BetoForPresident #Beto2020

Beto might have lost Texas but his loss has paved the way for him to run for President. #Beto2020

Since O'Rourke captured the attention of not just Texans but many others outside the state, one follower compared him to former President Barack Obama, "Just like Pres Obama, Beto got our attention. So many people from around the country would have voted for him if they could."

Just like Pres Obama, Beto got our attention. So many people from around the country would have voted for him if they could. #Beto2020