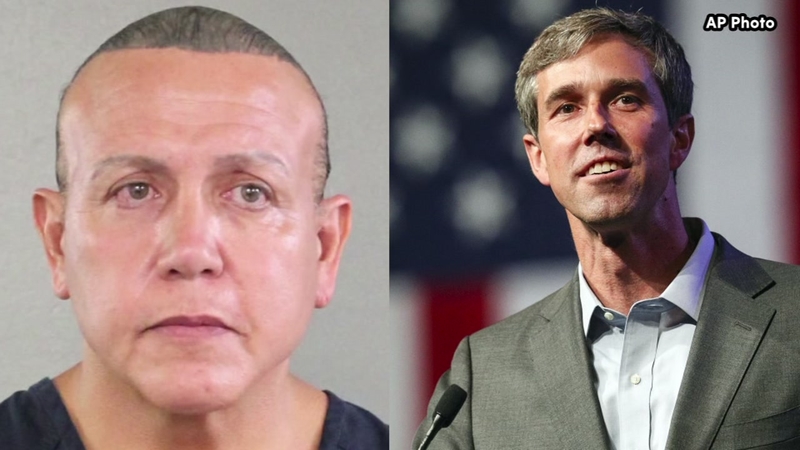 In April, Mr. O'Rourke's campaign told U.S. Capitol Police and the FBI of a threat made against the lawmaker by Cesar Sayoc Jr., the Dallas News reported. Mr. O'Rouke is currently locked in a tight Senate race with Texas Republican Sen. Ted Cruz.

The threat was reportedly made on Facebook with Mr. Sayoc allegedly including photos of Mr. O'Rourke's wife and children in the post.

"Hug your loved ones everytime (sic) you leave home," Sayoc wrote, according to the Dallas News. "See you soon."

A spokesman for Mr. O'Rourke's campaign told the paper that FBI agents have looked through the candidate's mail in recent days.

Chris Evans, a campaign spokesperson, said it is not known if Mr. O'Rourke was on a list of roughly a 100 people that Sayoc intended to target. The list has not been released publicly.

"No one said 'you are on a list' but there was immediately a presence including agents and dogs who were at the office even as recent as today," Evans told the paper.