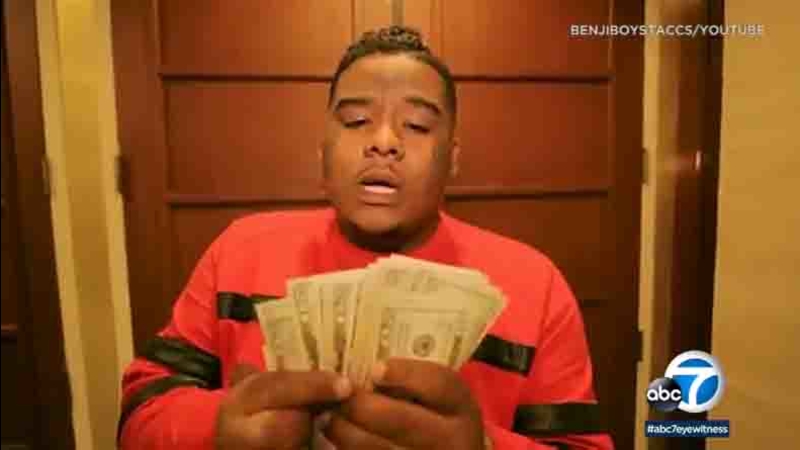 ANAHEIM, California -- A YouTube rapper who makes videos about pimping under the name BenjiBoy Staccs is facing allegations of human trafficking, officials said.

BenjiBoy Staccs raps and posts videos on YouTube "with songs glorifying the pimping subculture," according to the Anaheim Police Department.

They say he uses social media to meet young women in clubs "and ultimately lure them into the human trafficking circuit."

Sgt. Daron Wyatt with the Anaheim Police Department said that Staccs goes into the clubs with an entourage, showing off a lot of money and flashy cars.

"Sidle up to these young, 18-year-old females, lure them in and then ultimately start prostituting them," Wyatt said.

The charges relate to one alleged victim, an 18-year-old Orange County woman, whose family contacted authorities.

She is not cooperating with the investigation, police said.

"Victim is uncooperative - and that's not unusual in these types of situations, where sometimes they feel like they may be in love with this person," Wyatt said. "But they're being exploited."

Officials are looking to see if there may be other alleged victims.

Tati Westbrook, the YouTube beauty guru who ignited a firestorm last week publicly airing her grievances against James Charles, said her video was a "last-ditch effort for me to be very loud and vocal and to wake up someone that I really love."